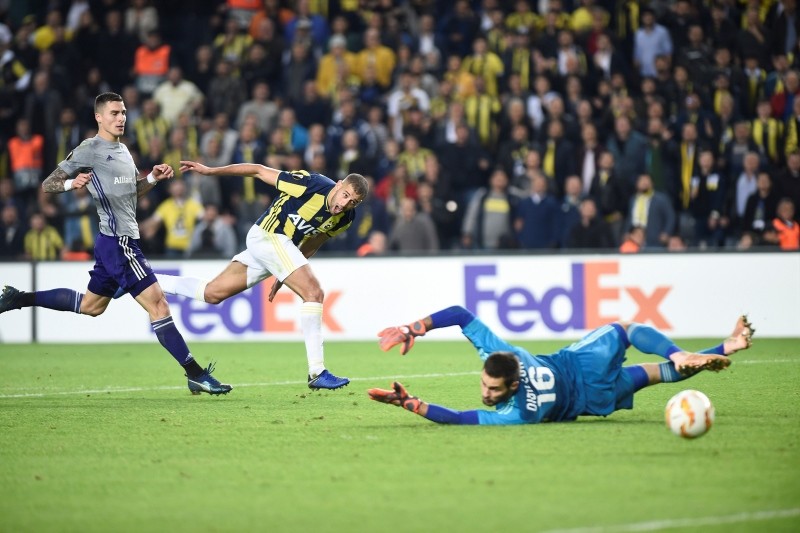 Fenerbahçe eliminated Anderlecht from this season's Europa League with two goals from Mathieu Valbuena and Michael Frey to shut out their Belgium opponents at Şükrü Saraçoğlu stadium in Istanbul on Thursday.

Mathieu Valbuena's intended cross went in with 19 minutes left and then Frenchman set up Michael Frey for the second three minutes later. Anderlecht then also had Zakaria Bakkali sent off.

Anderlecht, winner of the then UEFA Cup in 1983, can no longer advance from group D with one point from four games. Fenerbahçe has seven to close in on the knock-out stages, and leader Dinamo Zagreb (nine) can clinch a place in the last 32 with victory over Trnava later Thursday.

Nine other teams including Arsenal and Chelsea could also advance with two games to spare on matchday four.

In another early kick-off, Evgeni Postnikov gave Astana a 2-1 win over Jablonec in the 88th minute to send them top of Group K.