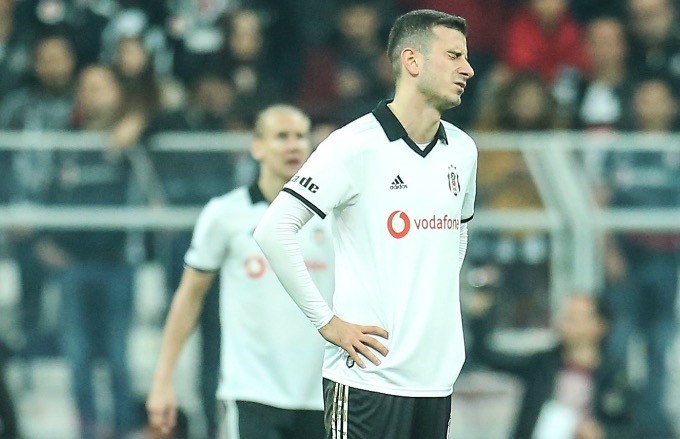 Beşiktaş is in dire straits after six years marked with recovery and rise. Financial troubles, poor performance and unrest in the team overshadows the sixth year under club Chairman Fikret Orman

After three seasons of dominating the league, victories in Champions League and Europa League, and stellar transfers, things do not look bright for Beşiktaş. After a couple of uninspiring shows, a sense of frustration now overshadows the Black Eagles' ambitions to make it to the top of the Turkish Super League. A gloomy outlook also troubles the club administration under Fikret Orman, Beşiktaş chairman for the past six years.

The financial problems started last April after the Turkish powerhouse missed an opportunity to claim the league title and participate in the UEFA Champions League. The underperforming team has been booed even by its most devout fans and reports of internal conflicts only add to Orman's woes.

The Eagles were financially challenged when Orman was elected as chair in 2012. Beşiktaş finished fourth in the Super League that season. It also declared the 2012-13 season as "FEDA" (Lifetime Commitment) season, asking fans for solidarity. It sought to limit club spending by focusing on cheaper, younger talents. The FEDA campaign caught up with fans asked to be patient before the team recovers. It marked the rise of the Orman administration, which went on to take the next step in the club's renovation: Replacing its historic stadium with a modern facility. For the next two seasons, Beşiktaş played its games in different stadiums across Istanbul as it rose further in the league with Croatian coach Slaven Bilic in the helm. Under Bilic, Beşiktaş raised its profile and started hiring more prominent players. However, it did not last long and Biliç was replaced by his predecessor Samet Aybaba.

In 2015, a new era for Beşiktaş began with the successful sales of Demba Ba and Atınç Nukan for 13 million and 6 million euros, respectively. It helped the club cope with financial losses. The same year, Beşiktaş fully regained its place in Turkish football's Big Three, next to Fenerbahçe and Galatasaray. But that rise was much to the credit of Beşiktaş's new coach Şenol Güneş. The veteran Turkish coach, who took the Turkish national football team to World Cup semis in 2002, brought two consecutive league titles for Beşiktaş. He brought in names like Atiba Hutchinson, Jose Sosa, Oğuzhan Özyakup, Olcay Şahan, Ricardo Quaresma, Gökhan Töre, Mario Gomez and Cenk Tosun. Güneş won the hearts of fans and detractors with his "tiki-taka" style of play, which was something relatively new for Turkish football. Add this to the opening of the Vodafone Park, the club's stadium new stadium with a magnificent view of the Bosporus and the club soon started basking in glory. Its coffers were soon brimming with revenues from rising ticket sales, sponsor deals and Beşiktaş was viewed as a club with a bright future. It was the best in managing transfers, with a policy based on loans to other teams that helped boost revenues.

Though the club parted ways with its three top performers in the 2016-17 season, it managed to fill the void with Talisca, Adriano, Vincent Aboubakar and Ryan Babel who helped the Beşiktaş to a second league in two seasons. The only downside for the team was missing out on the Europa League semifinals.

The next season went relatively well too, with no defeats in the Champions League. However, the team's performance in the Turkish league had somewhat stalled. It transferred in Spanish striker Alvaro Negredo, who failed to deliver and guide Beşiktaş out of middling performances. Still, the record 23-million-euro sale of striker Cenk Tosun mid-season made the Orman administration popular again. The club, however, struggled to find a replacement in Canadian forwards Cyle Larin. With Larin's transfer, fans started to question whether the club was making poor transfer decisions.

Beşiktaş started this season with multiple sales that brought in some 13.5 million euros in revenues but the club failed to meet coach Güneş's demand for a right winger and a center forward. It sold Negredo soon after the start of the season despite a good show by the Spanish international this year.

Today, the team finds solace in seventh place in the Super League as of game week 12. But the past few weeks have been marked by fans protesting against the players, club president and the economic woes. Tolgay Arslan, who was under fire for his poor performance, parted ways with Beşiktaş earlier this week and the team mulls relieving an underperforming Oğuzhan Özyakup of his duties as captain.

The club administration, meanwhile, is stuck in a financial bottleneck. The club is now devoid of at least 45 million euros, it would have made if it qualified for the Champions League. Beşiktaş is already struggling to pay its players and if it cannot create new sources of revenue, the club might sink into further troubles.