Underdogs rise despite spending less or nothing for transfers 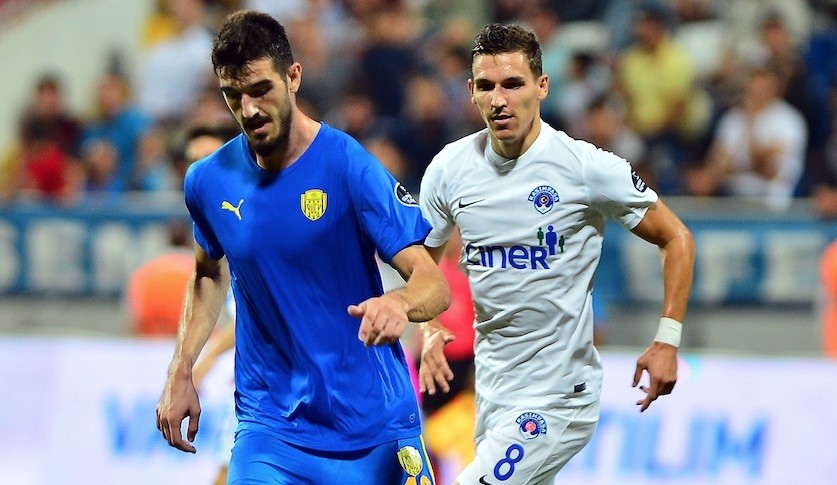 As Istanbul-based teams lose steam, clubs from smaller cities that were once underdogs are steadily rising in the Super League despite spending a lot less or nothing at all on transfers this season

One thing in common for three teams in the higher ranks of the Super League is that they did not spend money for transfers this season. They are also not based in Istanbul, the country's most populated city that is also home to the so-called "big three" of Turkish football, namely, Beşiktaş, Fenerbahçe and Galatasaray. Yet, in only 12 weeks this season, they have managed to secure subsequent spots on top of the league table.

Yeni Malatyaspor from the eastern city of Malatya, Antalyaspor of the eponymous Mediterranean city and Ankaragücü, one of two prominent clubs of the Turkish capital, did not spend anything for transfers according to data by the Transfermarkt and FutbolArena websites. Sivasspor and Akhisarspor, which respectively maintained 11th and 14th place in the Super League, also stand out as clubs which did not pay money for new transfers.

The clubs stand in stark contrast with Fenerbahçe which spent the most for transfers this season at 16 million euros. Despite the big money transfers they are sitting on the bottom end of the league in the 13th spot. Similarly, Beşiktaş is clinging to the seventh spot despite being the third most spending team, with 6.59 million euros.

Turkish football's powerhouses were hit by UEFA Financial Fair Play regulations in recent years that affected new transfers while fluctuating currency rates and financial bottlenecks forced smaller clubs to be more careful in transfers. They developed new scouting models, tried their luck with local and fledgling coaches and sought to transfer players with no clauses in their deals to pay the club which sells them.

Under Erol Bulut, who switched to coaching with his first assistant manager job in 2012 after an 18-year career as a player, Yeni Malatyaspor started its steady rise to the top ranks last season and without paying anything this season for transfers to clubs, it has managed to snatch the fourth spot.

Guilherme and Aleksic shine as club's "free" transfers and helped Malatyaspor defeat Fenerbahçe 1-0 and Galatasaray 2-0 this season. The team also saw its first 5-0 victory in its history when it beat Trabzonspor.

Antalyaspor, which boasted international stars like Samuel Eto'o and Samir Nasry but failed to achieve success in past seasons, also found glory in not spending any for transfers. Bülent Korkmaz, best remembered as the great captain of Galatasaray, carried the team to fifth place as a coach.

Ankaragücü, which made a comeback to the Super League after six years, stuck with coach İsmail Kartal and his decision not to pay for new transfers paid off. The club based in the Turkish capital has secured the sixth spot in the Super League. Ankaragücü even delivered a 3-1 defeat to Fenerbahçe, something unimaginable for the team a few years ago. The team had been enjoying a streak of three wins before a loss to Konyaspor.

Unlike Malatyaspor and Antalyaspor, Ankaragücü transferred key players like Djedje of Watford, Bakary Kone of Malaga, El Kabir of Antalyaspor, Bifouma of Sivasspor and Alessio Cerci of Verona but it did not make payments to their clubs as part of the deals.