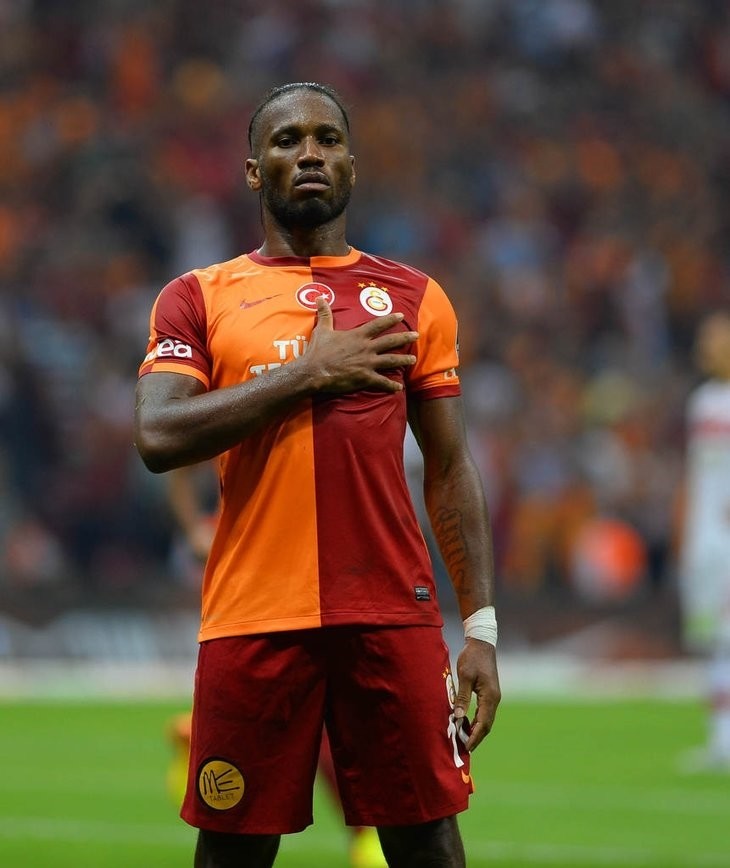 Didier Drogba, one of the African greats of football, who played for Galatasaray and Chelsea, has announced his retirement from the sport

Former Chelsea and Galatasaray striker Didier Drogba announced his retirement on Wednesday, calling time on a 20-year career in which the bullish center forward won four Premier League titles and the 2012 Champions League.

Ivorian Drogba, who had been playing in the U.S. for Phoenix Rising, had two spells at Chelsea, scoring 164 goals in 381 games having spearheaded the west London club's revival under owner Roman Abramovich.

Drogba, 40, began his career at French side Le Mans in 1998 but did not play top-tier football until he was 23 when he was signed by Guingamp in 2002. He moved to Olympique de Marseille in 2003 and a year later was signed by Chelsea, where he became the attacking focal point of the team under Jose Mourinho and helped the club win their first top-flight English title in 50 years. He went on to win three Premier League titles in his first eight years at Chelsea as well as four FA Cups and two League Cups.

His first spell in west London ended on a high as he scored the winning penalty in the Champions League final shootout against Bayern Munich having also equalized with a thumping header to force extra time.He had spells in China and Turkey bef

ore returning to Chelsea where he won a fourth Premier League title and a third League Cup, leaving the club as their fourth highest scorer of all time.

After leaving Shanghai Shenhua of China, Drogba joined Galatasaray during the 2012-2013 mid-season break for 10 million euros. He scored five goals in 13 matches in his first spells in Super League and played a key role in the Turkish club's 19th league title and bid to reach the Champions League quarterfinals.

He was lauded for scoring the Lions' only goal against Fenerbahçe in a heated derby next season. He topped his achievement that season with 11 goals in 27 matches in the Super League and Ziraat Turkey Cup and two goals in eight Champions League matches that season.

He was a beloved football figure in Turkey by fans of all clubs, mostly due to him and his teammates' role in convincing the warring sides in Ivory Coast's civil war to lay down arms with a rousing speech after the Ivory Coast national team secured a first-time spot in the 2006 World Cup.

For a while, Istanbul streets were sprayed with graffiti reading "Drogba is the solution." His pep talks to teammates before critical games were also credited for Galatasaray's victories, as well as his insistence not to miss a Galatasaray match and watching his side from the stands even when he could not make the starting lineup.

Drogba, who made than 100 appearances for the Ivory Coast, was voted African footballer of the year twice. He ended his playing career with Phoenix Rising where he was a player-owner.

"It's the best way to end, helping some young talent to develop," Drogba told the BBC. "To give something back to the game was the best way to finish as I have learned so much in the game," he said.