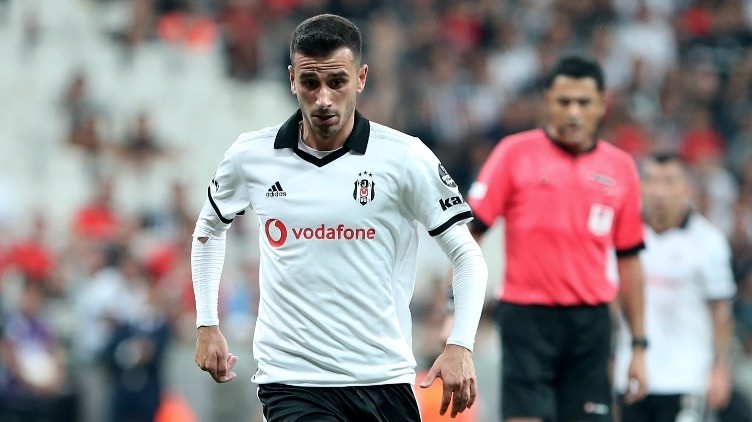 Beşiktaş, Fenerbahçe and Akhisarspor are looking for international success that may finally lift what has been a below-par season in the Turkish Super League.

Their fifth games in this season's Europa League can be of solace if they can win in today's games, even though their past records in the tournament are not entirely bright.

Fenerbahçe will host Croatia's Dinamo Zagreb in Group D at Istanbul's Ülker stadium. The Istanbul outfit lost 4-1 to the Croatians in their first match in the group but recovered with a 2-0 win against Spartak Trnava.

In its last game, against Anderlecht, Fener clinched a 2-0 win to go second in Group D with seven points.

Fenerbahçe finished runners-up in the Turkish league and cup last season, with Galatasaray edging them out in the Super League and unheralded Akhisar shocking them with a 3-2 cup final win.

One of the leading Istanbul-based clubs, Fener currently sits 15th in the Super League with 13 points, a standing credited with poor finances and the failure of Dutch coach Philip Cocu who was relieved of his duties last month.

The Yellow Canaries opened their 2018-19 European campaign with a UEFA Champions League third qualifying round defeat by Benfica (0-1 away, 1-1 home), which sent them directly into the UEFA Europa League group stage.

This is Fenerbahçe's fifth appearance at this stage of the competition and they have qualified for the knockout phase on each of the previous four occasions, most recently in 2016-17 when they topped a group featuring eventual winners Manchester United. Their most successful campaign was in 2012-13 when they reached the semifinals.

In Group I, Beşiktaş visits Norway's Sarpsborg, hoping to add more to its first 3-1 victory against Norwegian side in their first Europa League match this season. However, things went downhill for the Black Eagles after this victory, with a 2-0 defeat to Malmö and a 4-2 loss to Genk that was followed by a rematch with Belgian outfit which ended in a 2-2 draw.

Overall, Beşiktaş has garnered only four points, placing it at the bottom of Group I. The Istanbul-based club, nevertheless, is enjoying a better place in the Super League than Fenerbahçe. It is placed in the top five with 21 points.

After a period of success that brought it the top title, the fall of Beşiktaş started last season when it finished the Super League fourth. After a season's absence, the Eagles made it to the Europa League this year. They have progressed from their group three times out of four in the UEFA Europa League, though the one failure came on their most recent appearance in 2015-16. They reached the quarterfinals of the competition the following season after switching over from the UEFA Champions League mid-campaign.

In Group J, Akhisarspor visits Krasnodar of Russia in just their fifth match in a European tournament in club history. Crushed by a streak of defeats, 1-0 to Krasnodar, 2-1 to Standard Liege and 6-0 and 3-2 losses to Sevilla, the Turkish club has no points and is bottom in its group.

Akhisarspor's 3-2 win over Fenerbahçe in the 2018 Turkish Cup final was a much-talked-about victory because such a small club defeated a powerhouse and earned the team a berth in the Europa League group stage.

Yet, the team has failed to impress both in the international competition and at home in the Super League where it stands in the 16th place with 12 points this season.