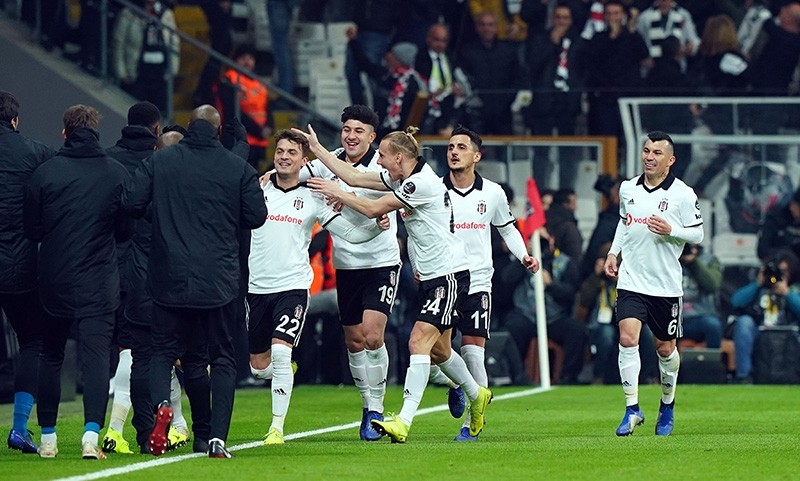 Beşiktaş, which was relegated to sixth place in the Super League, rose to the occasion and defeated rival Galatasaray 1-0 in Sunday's Istanbul derby at home.

The Black Eagles' Adem Ljajic put in the only goal of the evening in the 18th minute from a penalty kick, effectively equaling Beşiktaş' points with Galatasaray at 24 points in the league.

The Istanbul heavyweights have met each other 344 times over a period of 95 years. Galatasaray has beaten Beşiktaş 121 times and was defeated 110 times.

In the 14th week, Beşiktaş and Galatasaray are neck and neck in the Super League standings with 24 points each and are third and fourth, respectively. Meanwhile, Medipol Başakşehir holds the first place with 30 points, leading second-place Kasımpaşa by five points.

Although the club has suffered from internal conflicts and financial troubles, Beşiktaş managed to maintain its climb to the top again in recent weeks and the derby victory marks the second win in a row in two match days for the Eagles, after a 4-1 win against Ankaragücü last week. A 3-2 win against Sarpsborg in the UEFA Europa League last week could be credited with raising morale in the team, which may have contributed to the derby victory.