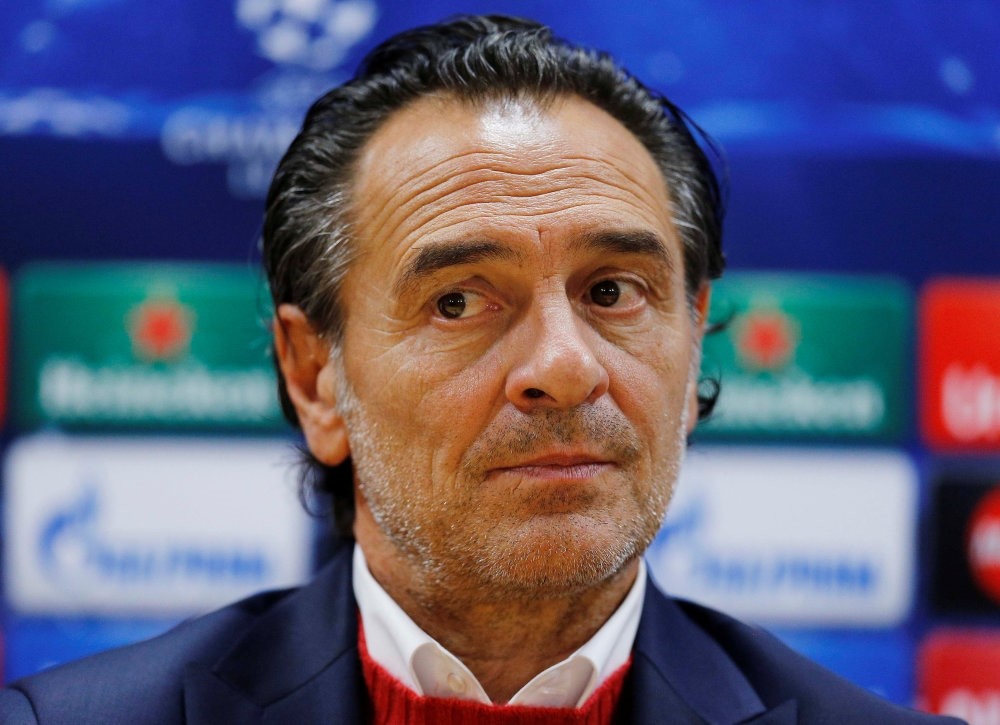 Former Italy coach Cesare Prandelli (L) was set to replace Ivan Juric as coach of struggling Genoa on Friday, ending the Croat's third stint in charge of the team after only two months.

Italian media reports said that Juric had been fired immediately after Genoa were knocked out of the Coppa Italia on Thursday by third tier side Virtus Entella on penalties following a 3-3 draw.

Genoa, founded in 1893 and Italy's oldest active club, have not yet confirmed the reports but on Friday morning said on Twitter that "Cesare Prandelli has arrived at (club training ground) Villa Rostan."

Juric was recalled in October to replace Davide Ballardini but failed to win any of his eight competitive matches in charge.

The 43-year-old was first appointed by Genoa before the start of the 2016/17 season. He was sacked in February 2017, to make way for Andrea Mandorlini, but re-hired two months later after Mandorlini was himself dismissed.

Juric was again sacked in November 2017 when Ballardini -- who himself has coached the team three times -- was brought in.

Prandelli coached Italy for four years, leading them to the Euro 2012 final where they lost to Spain. He resigned after Italy were knocked out in the group stage at the 2014 World Cup. Since then, he has had short stints with Galatasaray and Valencia and in the United Arab Emirates with Al Nasr.