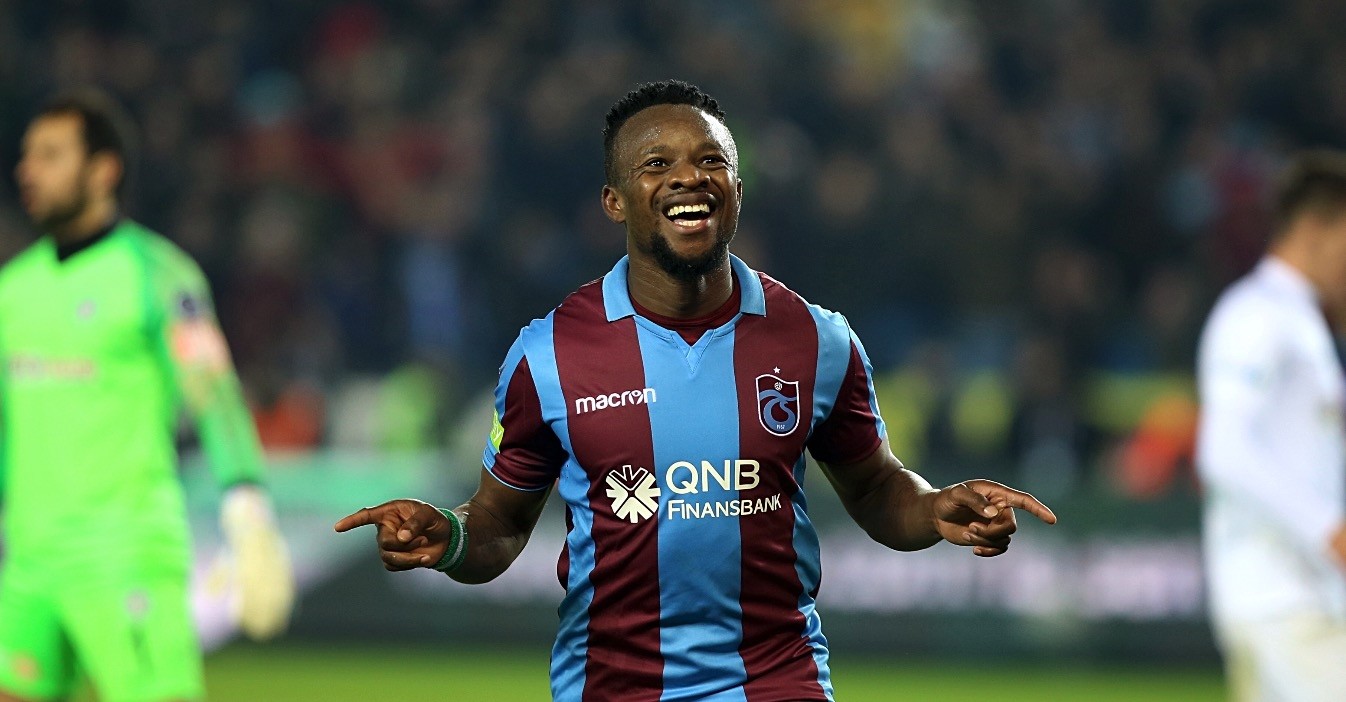 Trabzonspor finally recovered in the fight for top title in the Super League and gained a winning streak with the help of its foreign players, reaching fourth place in the top-tier league

The race to the top in the Turkish Super League has been a thorny path for Trabzonspor, which long challenged the so-called "big three" of Galatasaray, Beşiktaş and Fenerbahçe in the top-tier league. After 33 weeks, this top club hailing from Turkey's Black Sea region, managed to achieve a hat trick of wins.

The comeback of Trabzonspor is largely thanks to its six internationals that scored seven goals in the past three weeks of the league, which nears the end this month. Overall, foreign players scored 20 out of 26 Trabzonspor's goals.

The Black Sea Storm, a seven-time winner of the top title in the Turkish league, added to its recent success with a 3-0 win over Atiker Konyaspor. In week 13, it inflicted a devastating 2-1 defeat on Fenerbahçe in an away match with goals by Sosa and Novak before it moved to mow down Kayserispor with goals by Ekuban and Vahid Amiri. Italian-Ghanaian forward Ekuban was at the forefront again in Saturday's game with one goal. Rodallega and Onazi scored the rest.

Colombian forward Rodallega, who joined Trabzonspor from Akhisarspor last season after three years with Fulham, is top team scorer with seven goals this season. Rodallega, which was off to a slow start last season, proved his mettle in the 2018-19 season when he was given more playing time, 1,245 minutes, two times higher than in 23 matches in the past season. Coach Ünal Karaman gave him more playing time in the absence of Burak Yılmaz who missed matches this season due to a groin injury.

Czech left back Novak who joined the club in January, equaled Ekuban with three goals for the outfit. Ekuban was dubbed as the "scorer on the bench" as he scored all three goals when he joined games late this season.

Nigerian international Anthony Nwakaeme, Argentine international Sosa and Nigerian player Ogenyi Onazi scored two each, while Amiri scored one for Trabzon. Onazi seems to follow a pattern as he wrapped up two previous seasons with Trabzonspor with two goals. The rest of this season's goals are courtesy of Turkish players Burak Yılmaz who is rumored to part ways with the team for Beşiktaş in the January transfer window and Olcay Şahan who transferred from Beşiktaş last year. The team never lost a game when it included foreigners in the starting 11, and in the nine matches they played, it had only two draws.

With 25 points, Trabzon trails third-place Beşiktaş in the league dominated by Medipol Başakşehir. The club has failed to impress its fans in the past seven years with poor performances and a devastating 5-0 defeat to Yeni Malatyaspor a few weeks ago further dealt a blow to hopes. However, the recent streak of wins show the team getting its act together again with coach Karaman pursuing an offensive game play though it somewhat lacks in defense.