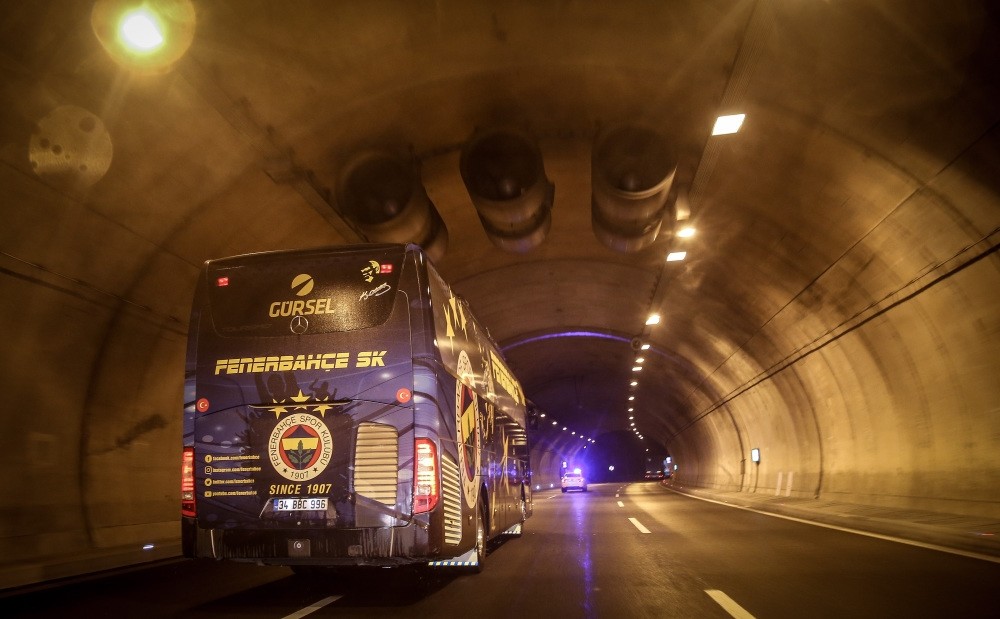 Relegation seems inevitable for Fenerbahçe after the former Super League powerhouse suffered a devastating 3-0 defeat at the hands of Akhisarspor, dropping to 16th place in the 18-team league

Fenerbahçe, a veteran 28-time champion of Turkey's top-tier leagues, is undoubtedly going through one of its worst seasons in team history. A 3-0 loss to hosts Akhisarspor on Sunday was the latest blow to the former Istanbul powerhouse's ambitions in the Turkish Super League this season.

The defeat, ahead of the January mid-season break, pushed the Yellow Canaries to the last three of the league, only three points ahead of Çaykur Rizespor which languishes in last with 11 points. The last time the club dropped to the 16th spot in the Super League was in the 2016-17 season.

The loss was not that surprising actually as Fenerbahçe had only one win by Week 15 in away games and it also showcased 13th-place Akhisarspor's resolve against bigger clubs as the team based in western Turkey's Manisa province also beat Galatasaray with the same 3-0 score.

Yet, it was enough for Fenerbahçe Chairman Ali Koç to "punish" the team with a road trip instead of a flight back to Istanbul for a distance of nearly 400 kilometers. Turkish media reported that the chairman also canceled Monday's scheduled day off. Koç, who took the reins to the ailing club last summer, was quiet in the aftermath of the match while a group of fans gathered outside club's headquarters in Istanbul.

They booed players and the chairman and called for resignation of Damien Comolli, the sports director of Fenerbahçe. Fans also chanted slogans calling Fenerbahçe to install Ersun Yanal in place of Erwin Koeman, who is the interim coach after Yellow Canaries fired Dutch coach Phillip Cocu.

Fenerbahçe was already near the bottom when the new season started but the club hoped for a fresh start after the election of Ali Koç, the scion of one of the wealthiest families of Turkey, which ended the 20-year reign of veteran President Aziz Yıldırım.

Nevertheless, Koç found himself embattled with the mounting debt of the club and has acknowledged that they needed to create new resources to get out of financial bottlenecks. Still, the club sought to refresh the starting 11 in search of their glory days. However, their new transfers so far have failed to impress.

The defeat also marks fifth subsequent loss in away games this season. Erwin Koeman, the Dutch caretaker manager of the team, told reporters in a post-match press conference that the team was "very good" in the first 20 minutes.

"This was a real shock for us. All players are shocked. It was not a good evening," Koeman said. He added that Fenerbahçe had "big problems" when it comes to scoring.

"This is a problem repeated in every match. Good things come out of players but they have troubled in scoring," he said.

Koeman said he relied on boosting the morale of the players for the upcoming matches, pointing out to the Europa League game on Thursday against Spartak Trnava.

"We have a difficult program ahead and we have no time to rest. But I am a fighter and I always see the light at the end of the tunnel. We have to work, we have no other option as professionals. There are good and bad times in soccer and Fenerbahçe is going through a very bad period. Only thing we can do is to keep working," he said.