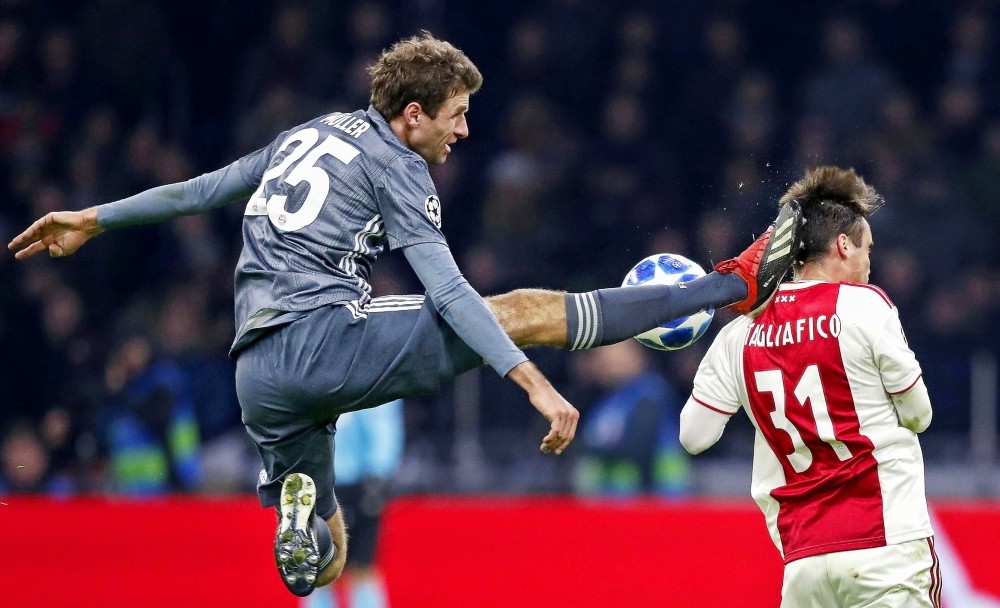 Thomas Mueller has apologized for his kung fu-style kick to the head of Ajax defender Nicholas Tagliafico which saw the Germany star being sent off in Wednesday's six-goal thriller in Amsterdam.

"No, no - of course I didn't mean to do it," the 29-year-old told reporters over the first straight red card of his career in 462 appearances for Bayern in the thrilling 3-3 draw as both teams progressed to the last 16 of the Champions League.

Mueller said he went to the hosts' changing room to apologize to Tagliafico after the match, but the defender, who scored the home side's 95th-minute equalizer, had already left.

Instead, Mueller wrote "@tagliafico3 - I am very sorry for that what happened yesterday! Was not intentionally (sic). Get well soon" on his Instagram account.

He was sent off 15 minutes from time after trying to control the ball with his out-stretched boot, but succeeded only in kicking the head of Tagliafico, who needed treatment, in a bad-tempered game. Mueller will be banned for the first leg of Bayern's last 16 tie in the new year with the draw to be made in Nyon on Monday.