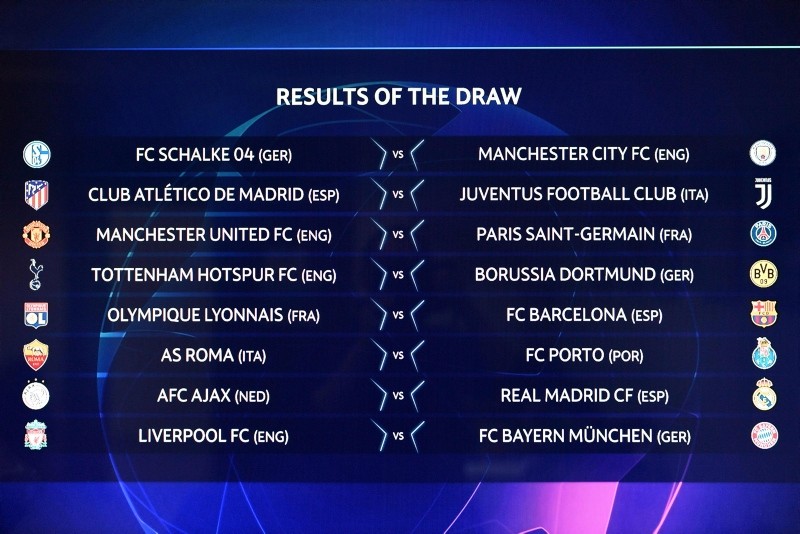 Three English teams will take on three German teams in the last 16 of the Champions League.

Liverpool was paired with Bayern Munich in Monday's draw, while Manchester City will play Schalke and Tottenham will face Bundesliga leader Borussia Dortmund.

In other matches, Manchester United will play French leader Paris Saint-Germain, Juventus will take on Atletico Madrid and Porto will play Roma.

The first legs will be played from Feb. 12-20, with the second legs scheduled between March 5-13.

The final is on June 1 at Metropolitano Stadium in Madrid.