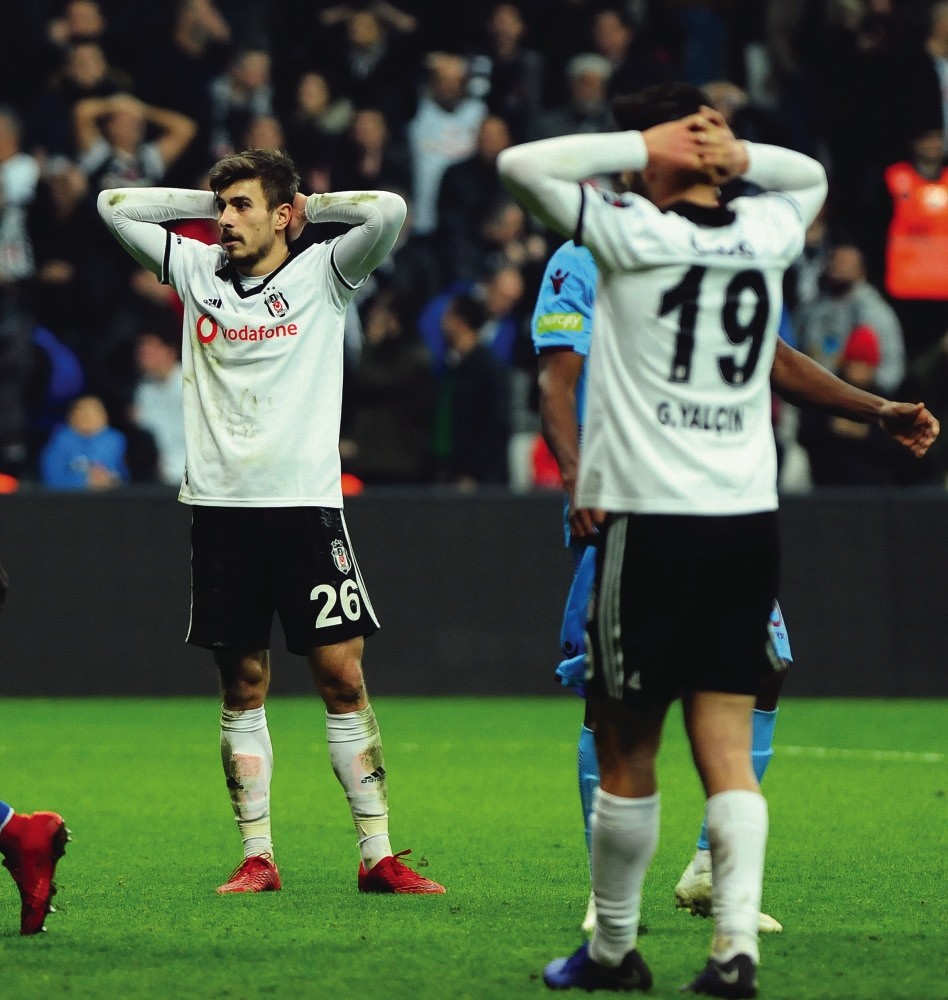 Yeni Malatyaspor dethroned Kasımpaşa from second place in the Super League, continuing its steady rise while heavyweight Beşiktaş is succumbing to one of its worst periods in 12 years

Medipol Başakşehir is the undisputed leader of the Turkish Super League ahead of the mid-season break, but the question is which team is the runner-up? The answer is not Kasımpaşa, an Istanbul outfit like Başakşehir, but Yeni Malatyaspor, an unlikely contender if it wasn't for the fall of the giants in the top-tier league.

Yeni Malatyaspor, "yeni" meaning new, demonstrated that new does not mean inexperienced and the team secured the second spot with 28 points as week 16 wrapped up in the league. Five wins in the past seven weeks is testament to this Anatolian team's brightest season.

A 2-0 victory against visiting Antalyaspor on Sunday was icing on the cake for Malatya. Not bad for a team with eight wins, four draws and four defeats in past 16 games.

Under German-born Turkish coach Erol Bulut who took the helm last season, Malatyaspor maintains an impressive game, particularly good in defense. It conceded 15 goals so far this season, the second least after Başakşehir.

Fenerbahçe, Çaykur Rizespor, Galatasaray, Trabzonspor and Antalyaspor all failed to score in away matches with Malatyaspor this season.

Ali Ravcı, the sports director of Malatyaspor, says their players are "a bunch with character."

"I am proud of each one of them," Ravcı said after victory against Antalyaspor. "What we saw here is a display of players with faith in victory. They had undisputed supremacy on the pitch against their rivals."

Trailing right behind Malatyaspor with 26 points, last year's champions Beşiktaş, once a powerhouse of Turkish football, is undergoing one of its worst seasons. It's 26 points are the lowest in the past 12 seasons for a team accustomed to success. As of week 16, the Black Eagles snatched seven victories, suffered four defeats and secured five defeats. Though it is not as worse as 2005-06 season where it garnered only 25 points, it is still a low for the club that won its 15th Super League title only last year.

The financial troubles it suffers apparently hinder the team as Şenol Güneş, veteran coach who helped securing top title in 2016-17 season, also witnesses the worst fall in team's performance in the past two seasons. The team had collected 30 points by week 16 last season.

Trabzonspor is on track to ending the first half in fourth place after a 2-2 draw with Beşiktaş. It secured only one point but it was the first time Trabzon rose to fourth in the league in 83 match weeks.

A goal it conceded in extra time in Sunday's match trimmed hopes but fourth spot is still a good place for the outfit, competing for the title in the absence of the "big three" of Galatasaray, Beşiktaş and Fenerbahçe.

Trabzonspor has come a long way from the bottom of the league in the beginning of the season by rising 14 spots. Interestingly enough, it took a 5-0 defeat to current runner-up Malatyaspor to spark the team's current run. After a week 12 catastrophe, the Black Sea outfit grabbed three wins and a draw, going up six spots in four weeks.