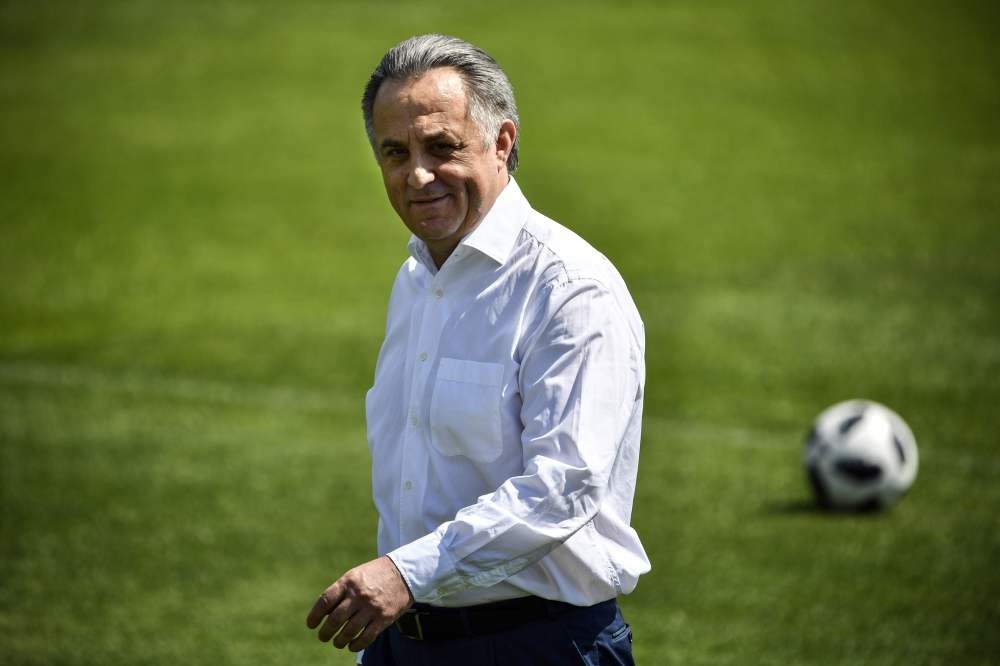 The announcement followed a string of decisions that recently have rolled back Mutko's formal involvement in Russian sport as the country faced additional scrutiny over its doping scandal and its role as World Cup host.

Mutko, who oversaw sport at the height of Russia's doping scandal, had temporarily stepped down from his role as president of Russia's Football Union last year after the International Olympic Committee (IOC) banned him from the Olympics over allegations of state-sponsored doping at the 2014 Sochi Games.

Russia has denied the allegations, and Mutko has appealed the IOC's decision at the Court of Arbitration for Sport (CAS). CAS has yet to set a hearing date.

President Vladimir Putin has staunchly defended Mutko, saying that it had been impossible to dismiss him after he became the target of unfair attacks related to the doping scandal.

Despite phasing out his formal involvement in Russian sport, Mutko has remained close to the field.

He attended World Cup matches, regularly dropped in on the Russian national team and met with former FIFA president Sepp Blatter in Moscow during the tournament.

When asked by Reuters in what capacity he was attending a Russia training session during the World Cup in June, Mutko said: "In the capacity of a person."