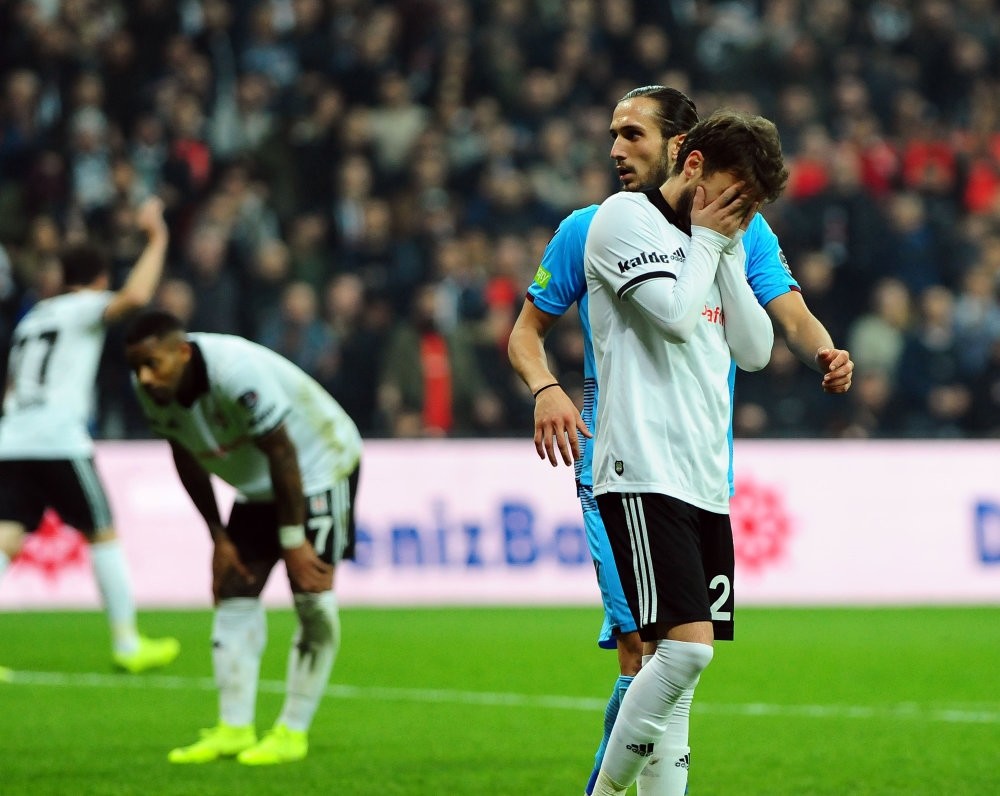 Turkey's top tier football competition, the Super League has experienced something new this year with its traditional "Big Three" - Galatasaray, Beşiktaş and Fenerbahçe are all out of the top three.

The first half of the season ended as dark horse Medipol Başakşehir took the lead at the top of the table with 35 points. The Istanbul side is followed by four other teams, Trabzonspor, Yeni Malatyaspor, Kasımpaşa and Galatasaray with 29 points.

Beşiktaş, who placed fourth last year, is seventh with 26 points. Fenerbahçe, on the other hand, is having the worst season in club history as they struggle in the 17th place after with only 16 points, winning just three matches so far.

With traditional underdogs like Başakşehir, Trabzonspor and Kasımpaşa, eyeing the league title, the question that keeps coming up is if this is the end of the era of the Big Three.

So far, their domination of the Turkish league looks to be over because all the other teams have managed to cause serious problems for the three Istanbul giants in the first half of the season.

Talking about the current situation in Super League, football columnist Serkan Akcan said that Galatasaray, Fenerbahçe and Beşiktaş, can't rule the league anymore as the other football clubs are competing very well.

"There was a cliche; 'even a big team's jersey can end the league in the third spot' but this cliche doesn't exist anymore," Akcan said.

"If a team wants to end the season in the third place, it should first do the right planning. For example, you should pick the right players for your team and make them act accordingly to the spirit of the club. Naturally, you have to manage your club well so you can succeed on the pitch," he added.

Akcan brought up the example of Başakşehir manager Abdullah Avcı, saying he has been making the right decisions to pick the right players for the club. The club management has also picked the right professionals as staff so it became successful in the league.

Last season's Super League winners Galatasaray is in the fifth spot with 29 points. The Lions have the highest number of Turkish league titles, 21.

Rivals Beşiktaş is seventh place in the league table with 26 points. The Black Eagle has won the league title 15 times.

Meanwhile, Fenerbahçe, which has only 16 points from 17 matches, finds itself in big trouble in the drop zone. Fenerbahçe's title dreams under a new club chairman have turned into more of a nightmare this season.

Having claimed the Super League title the last time in 2014, Fenerbahçe has won the trophy 19 times. But now it seems to be struggling just to get out of the relegation zone.

The last time a different club out of the Big Three lifted the league trophy was back in 2010 when Bursaspor did it, beating Fenerbahçe in the title race.

Akcan said that Medipol Başakşehir has a "formula to be successful" as it has the right board of directors, manager and players but Fenerbahçe has been doing exactly the opposite.

"Now Fenerbahçe is in 17th place because it didn't hire the right manager and sign the right players," he said.

Akcan added that it is the right time for Medipol Başakşehir to win the title since it is hard to trap the Big Three in the same season. Başakşehir needs to sign a striker in the January transfer window to proceed firmly on its road to the title.

The Başakşehir defense was also a reason to smile for the club; it conceded only eight goals in 17 matches, unlike Galatasaray, Fenerbahçe and Beşiktaş, who have conceded 68 goals combined.

Akcan was also full of praise for the league's current top scorer Mbaye Diagne, who has scored 20 goals for Kasımpaşa in just 17 matches.

"Diagne has the most extraordinary striking performance in recent years. He's a wonderful player. Now if he played for Fenerbahçe, the club would be among the top three. If he played for Galatasaray, the Lions would lead the league table by a landslide. If he played for Beşiktaş, this club wouldn't be facing any of the crisis it is facing today," said Akcan.

He added that the Big Three have trouble in the striking position and Diagne surely would be the remedy.