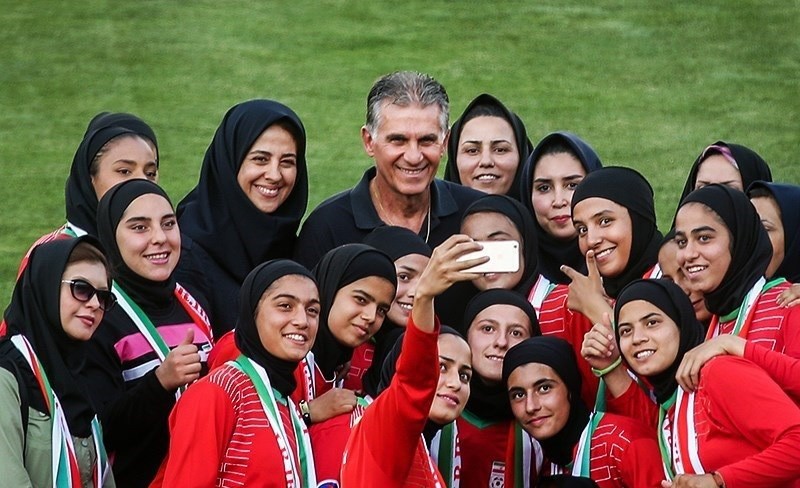 Iran's largest stadium will host the women's national football team for the first time since the Islamic revolution, the semi-official news agency ISNA reported on Sunday.

The team will face Russia at Tehran's Azadi stadium in a friendly match as part of the run-up to the Tokyo 2020 Olympic Games, football federation chief Mehdi Taj told ISNA.

Only female spectators will be allowed to attend, though no date has yet been fixed for the match.

Women were barred from attending matches after the 1979 Islamic revolution, with clerics arguing they must be protected from the masculine atmosphere and sight of semi-clad men.

They have also worried about inadvertent touching as dense crowds of men and women leave stadiums.

There has been some relatively loosening of the rules in recent months, with a select group of around 850 women allowed to attend the Asian Champions League final between Iran's Persepolis FC and Japan's Kashima Antlers in November.

The women were seated in a separate stand and entered two hours before the game to avoid the crush.

Some women were also allowed to watch screenings of Iran's World Cup matches at Azadi (which means "freedom") in June.

The first time women attended a post-revolution football match is believed to be November 2001 when around 20 Irish women were among the crowd for an Iran-Ireland World Cup qualifier.

Iranian women had to wait four more years, until June 8, 2005, when a few dozen were allowed to watch an Iran-Bahrain match, also a World Cup qualifier.

There have been other rare occasions when women were allowed to watch matches, but the issue continues to sharply divide the authorities.

After women attended an Iran-Bolivia friendly in October, the prosecutor general warned it would not happen again, saying it would "lead to sin."