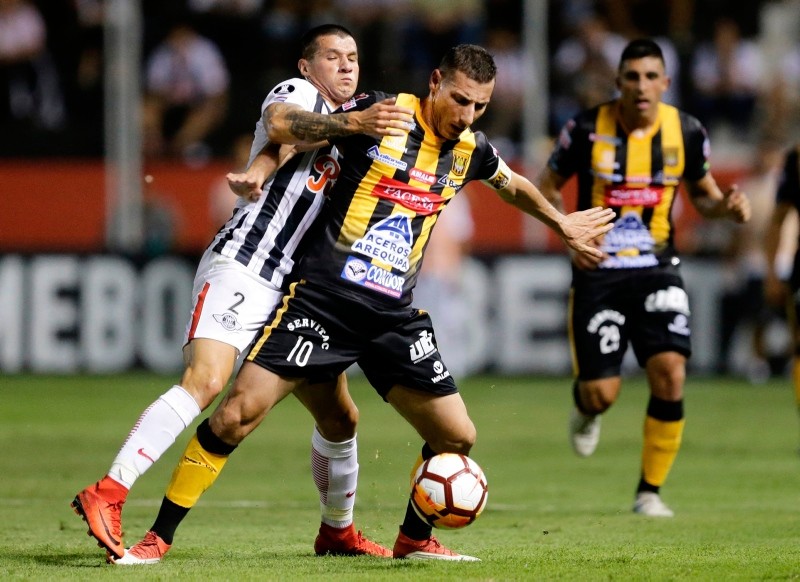 Midfielder Pablo Escobar, right, of Bolivia's The Strongest fights for the ball with defender Alan Benitez of Paraguay's Libertad during a Copa Libertadores soccer match, in Asuncion, Paraguay, Tuesday, April 3, 2018. (AP Photo)
by Jan 03, 2019 12:00 am

Bolivian football team The Strongest have hired Pablo Escobar as their coach, the new boss revealed on Thursday.

Despite sharing a name with the infamous Colombian drug kingpin gunned down by a special operations police unit in 1993, Escobar's appointment is unlikely to raise any eyebrows at his club.

The Paraguayan-born 40-year-old, who was a Bolivian international after receiving nationality in 2008, spent most of his club career over two spells at The Strongest.

Escobar, who retired from playing last year, said this move into coaching had been "planned six months ago" and that he would "work 24 hours" a day to ensure he's a success.

A former attacking midfielder, he first joined The Strongest in 2005 but also had spells playing in Argentina and Brazil, as well as his homeland, during a near 20-year career that saw him win 25 caps for Bolivia.