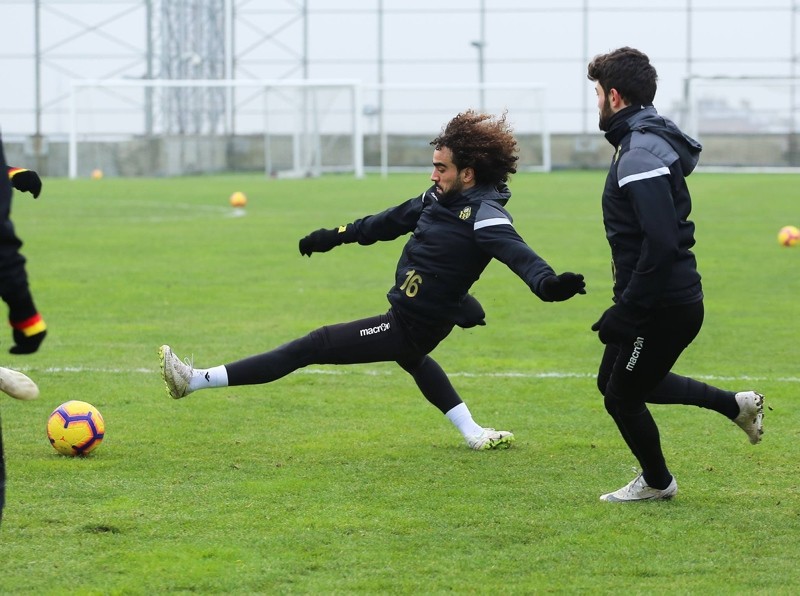 As the January transfer window opens today, the rumor mill went into overdrive with news about Turkish Super League clubs, looking to bolster their squads with local and international stars. Galatasaray made headlines with a likely move for Tottenham striker Fernando Llorente. Malatyaspor's rising star Sadık Çiftpınar was also in the news, drawing a lot of attention from clubs like Fenerbahçe and Beşiktaş

What remained rumors for weeks may turn into reality in the Turkish Super League as the transfer window officially opened today.

As the teams started midseason break with training sessions this week, rumors also went into full swing such as Tottenham Hotspurs striker Fernando Llorente linked to Galatasaray. Media outlets reported that the Spanish international agreed on personal terms with the Lions.

Switching to the English Premier League side in 2017, Llorente's contract with the Hotspurs ends in 2019 summer and he has expressed interest in a move though he did not specify any teams.

Galatasaray are among two former heavyweights of the Super League which managed to retain a spot in the top five this season. Coach Fatih Terim looks to bring in a striker to boost the team's standing in the absence of former top scorer Bafetimbi Gomis, especially after Terim announced yesterday that he would part ways with Eren Derdiyok, who has been a primary striker for the Lions.

Derdiyok joins Serdar Aziz as players left out of starting 11 in the second half.

"I like both very much and respect their skills but I think we have a different code of working," Terim told reporters yesterday.

The Lions also eyes Guangzhou Evergrande's Brazilian striker Alan Carvalho, media reports say. The Chinese outfit is already looking for a replacement for the 29-year-old player who was the top scorer this season with 19 goals.

Galatasaray will also part ways with Garry Rodrigues and reportedly sealed a deal with Saudi Arabia's al-Ittihad for 4 million euros per year for the Dutch midfielder.

Fenerbahçe and Beşiktaş, meanwhile, are interested in Evkur Yeni Malatyaspor's Sadık Çiftpınar. The 26-year-old defender who was part of U21 team of Galatasaray five years ago, shone this season in the third placed team of the Super League.

"It is up to the club's board but I am proud that two big teams are interested in me," Çiftpınar told Demirören News Agency in an interview yesterday.

Fenerbahçe, which has dropped to the relegation zone in the first half, is also reportedly in competition with Galatasaray for Robinho, the Brazilian star of Demir Grup Sivasspor who agreed on personal terms with league leader Medipol Başakşehir.

Robinho, who put on an impressive show in the first half of the season, scoring eight goals for Sivasspor, did not reach a deal with Başakşehir yet, media reports say, despite the two clubs agreeing on his transfer.