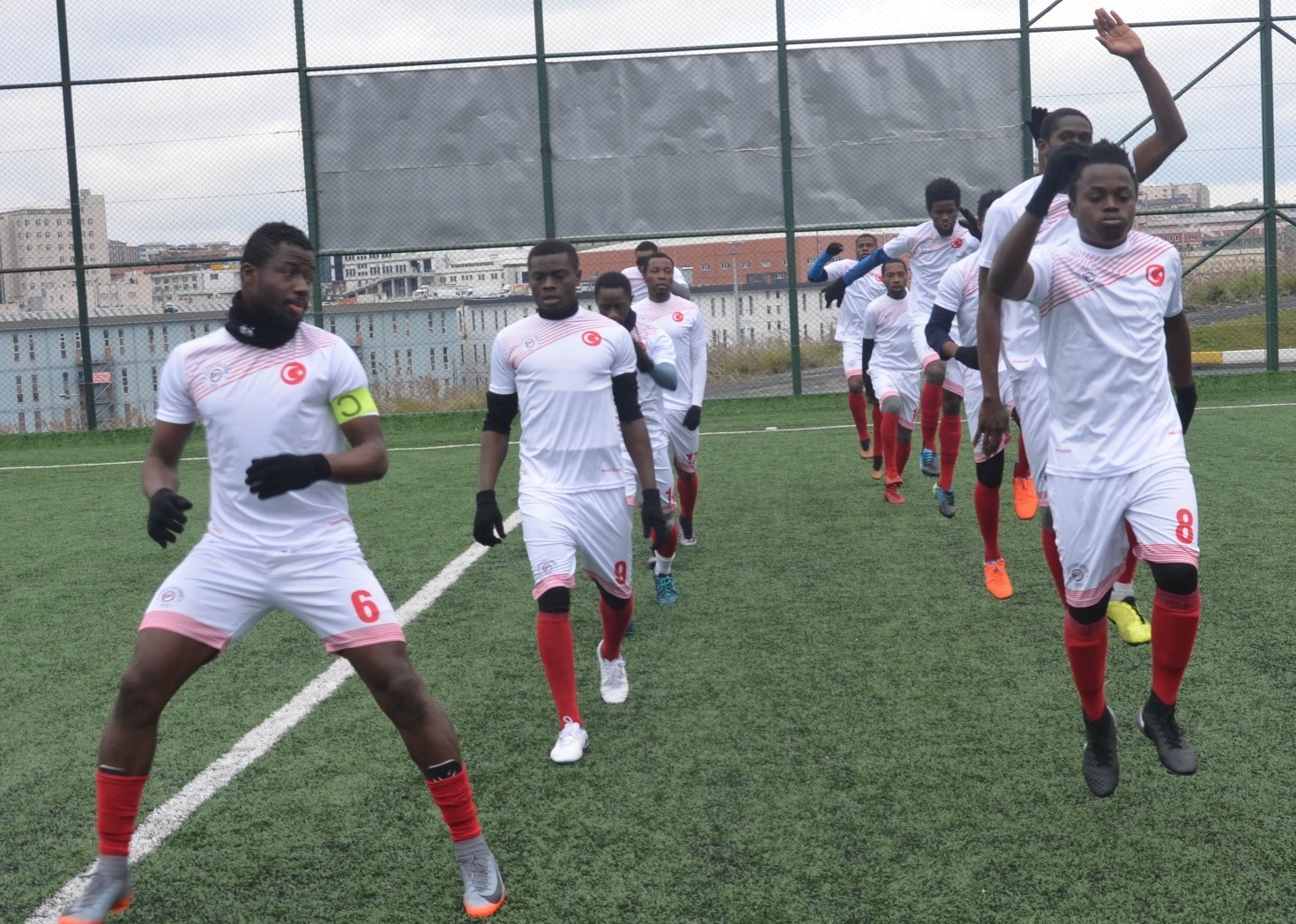 Konviction Rüya Spor, made up of amateur African players living in Istanbul, aims to be first professional football club of its kind after getting their license from Turkish officials. If approved, it will revive hopes for players who had originally come to Turkey to play in professional leagues.

In a small stadium in Avcılar, a district on Istanbul's European side known for a sizable community of African migrants, 32 players from Nigeria, Senegal, Ghana, Liberia, Ivory Coast and other countries come together a few days every week for a strict training session. Some are university students and others work at odd jobs but all share a passion for football.

The team is the brainchild of Djibril Bakala Camara, a Guinean migrant living in Turkey since 2016. Camara said they applied to local authorities to be classified as "an association," a requirement for football clubs, one month ago. Until then, the team polished its skills in friendlies with other amateur clubs in Istanbul.

Coach Mustafa Yıldırım, the only Turkish member of the team, says most of his players are "on an average level for Turkish football" but adds that all are "well-built and can accomplish much more if they do not give up training."

Though their official number is not known, as some stay as illegal immigrants, migrants from the African countries are estimated to make up the majority of the city's migrant population, along with Syrians.

Statistics show one in four African migrants prefer Istanbul for accommodation and Muslims from North African and sub-Saharan African countries, including Senegal, Mali, Niger, Ghana, Gambia, Ethiopia and Somalia, mostly prefer to come to Turkey instead of other countries.

Interest in foreign players has led to more African players joining clubs in Turkey in recent years and this trend has been increasing every year. Most African players find success in secondary or amateur leagues before moving on to other countries.