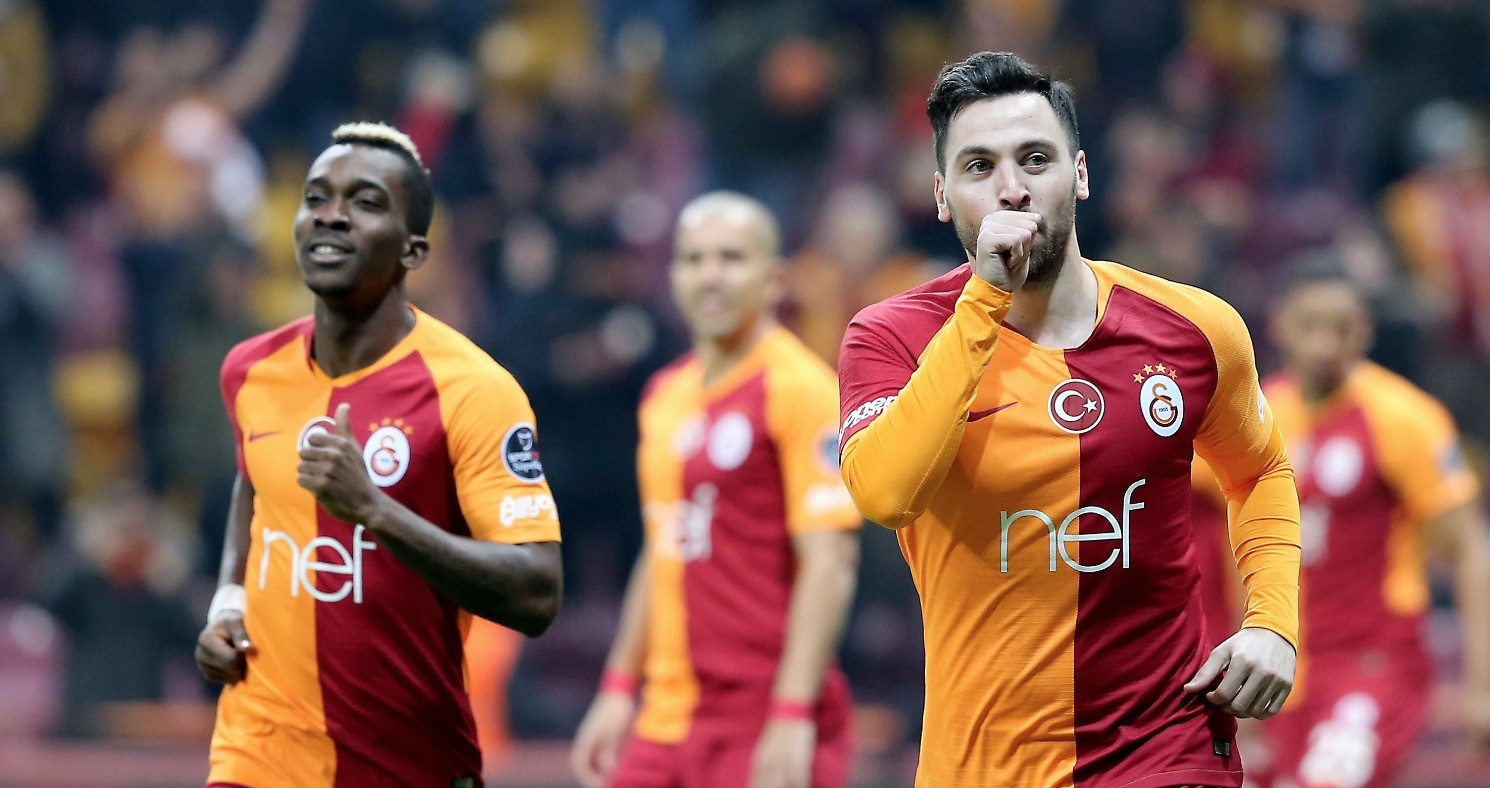 Galatasaray's Nigerian international Henry Onyekuru recorded the first hat trick of his career in Saturday's game against Ankaragücü. Yet, this is only a minor contribution to his impressive score sheet for the Lions that owes one fourth of its goals to the young player this season

Left-winger/center-forward Henry Onyekuru is a force of nature for Galatasaray which in in the midst of its long and arduous search for a reliable forward this season. The 21-year-old Nigerian international brought the Lions a crushing victory against Ankaragücü on Saturday in a Super League game and recorded the first hat trick of his career.

The 6-0 victory that marked the beginning of the second half of the league for Galatasaray is the latest addition to Onyekuru's score sheet. The player scored nine goals this season in the Turkish league, equal to one fourth of the Lions' total goals in the season. This is an impressive record for Onyekuru who joined on loan from Everton in the beginning of the season. His performance indicates that he can handle the key task of offense for Galatasaray in the absence of fellow teammate Garry Rodrigues, who parted ways with the Lions in the midseason break.

Onyekuru, who made his first move to Europe in 2015 when he joined Germany's KAS Eupen, scored 25 goals in 41 matches in the 2016-17 season for the German outfit. He then joined Premier League side Everton in 2017 before leaving for Germany's Anderlecht on loan. His performance for Anderlech was less impressive with only 10 goals in 28 games. He joined Galatasaray in 2018 summer on loan for 1.2 million euros. "We started out the second half with a good win and I hope we will continue like this. I am trying to do my best wherever I am assigned to on the pitch," Onyekuru said in a post-match interview.

Galatasaray's assistant manager Hasan Şaş coached the team in the absence of Fatih Terim, who is serving out a ban due to disciplinary action by the Turkish Football Federation. Şaş also praised Onyekuru after the win against Ankaragücü, "We had insisted on bringing him in during the last transfer window though he was a somewhat obscure player for Turkish spectators. We knew he would progress. He did what he is supposed to do today. He is a young player and will be better. I think he would display a far better performance once he gets stronger."

The Lions, who ended the first half of the season in the fifth spot, aims to go higher but still lacks some cutting edge. With a few weeks left to the transfer deadline, the Lions hired three new players and parted ways with five others but fans are losing patience over the absence of a forward. The club has become the subject of ridicule on social media for betting on defenders while not rushing for strikers.

Still, the team is going strong at home, with six wins and four draws. It scored 28 of its 36 goals in home games.