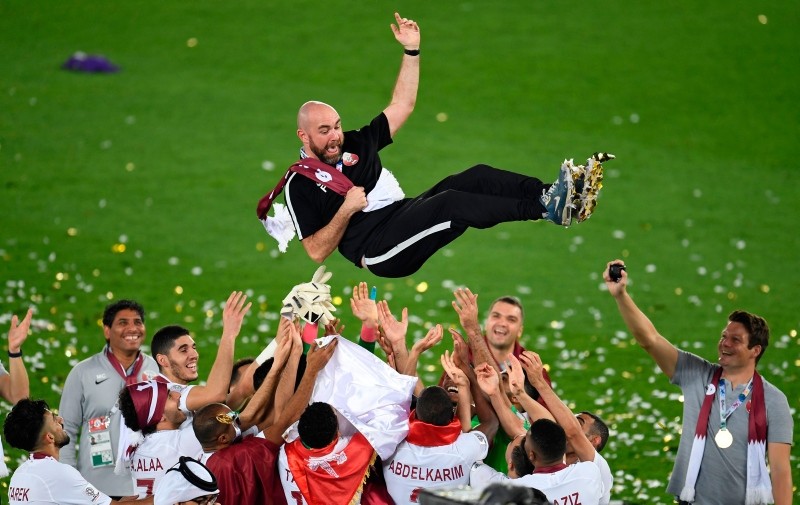 Qatar's coach Felix Sanchez is thrown in the air as his team celebrates their win in the 2019 AFC Asian Cup final football match (AFP Photo)
by Daily Sabah Feb 02, 2019 2:02 pm

In a phone call held Saturday, Erdoğan congratulated Qatar's success, after the team beat Japan 3-1 at the Zayed Sports City Stadium in the United Arab Emirates.

Qatar is preparing to host the World Cup in 2022.

Although the tournament was originally scheduled to be held in the summer, FIFA organizers switched it to November and December 2022 due to scorching weather.