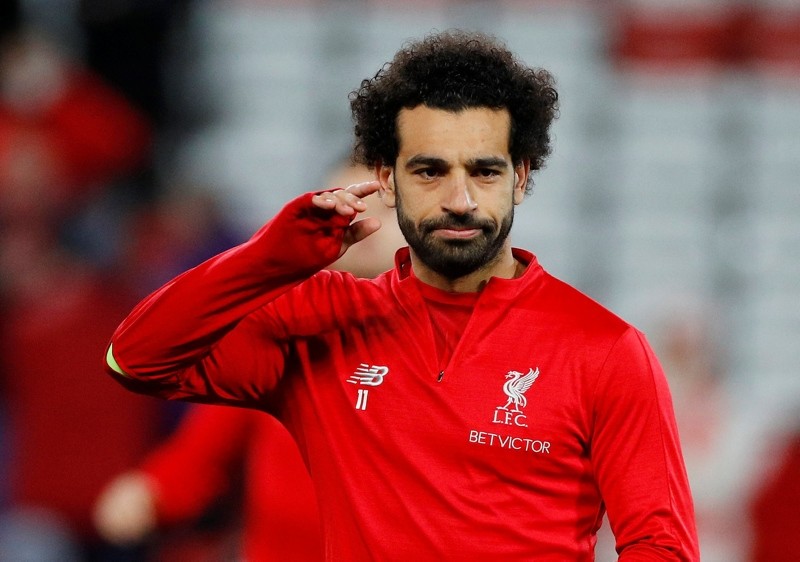 Liverpool's Mohamed Salah during the warm up before the match. (REUTERS Photo)
by Daily Sabah Feb 06, 2019 9:19 pm

An investigation has been launched into racist and Islamophobic chants against Liverpool's Egyptian striker Mohamed Salah, British police said in a statement Wednesday.

The probe was launched after a video shared on social media showed a chant insulting Salah's Muslim identity during the game between West Ham United and Liverpool that was played on Feb. 4 at London Stadium.

"[…] we are aware of a video showing a verbal assault on racist expressions against a player. Our officers are reviewing the video. There are no detentions yet and investigations continue," the London Metropolitan Police statement said.

West Ham United also released a written statement, saying they will not tolerate any violent and abusive behavior as a club.

"We are an inclusive football club. Regardless of age, race, religion or belief, marriage or civil partnership, pregnancy or maternity, sex, sexual orientation, gender reassignment or disability, everyone is warmly welcomed at London Stadium," the club said.

In recent years, several racist and Islamophobic groups in England have been infiltrating and getting organized within football fans during marches. Being one of them, a group called the Football Lads Alliance has held crowded marches that saw anti-Muslim and far-right figures invited as speakers in the British capital in the last two years.