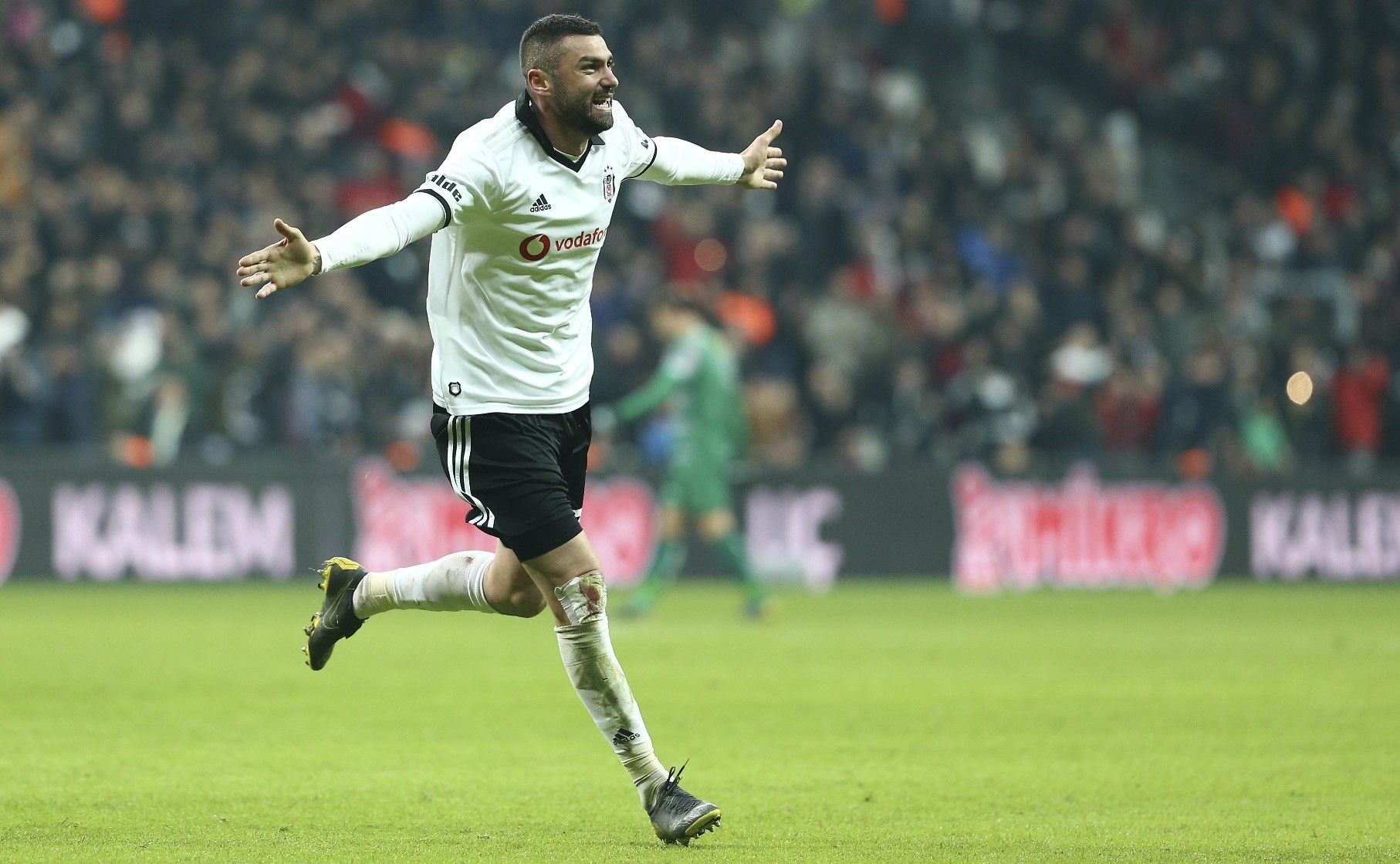 Beşiktaş is making a push for the league title after boosting its offense by bringing in Burak Yılmaz and Shinji Kagawa, who joined Jeremain Lens and Adem Ljacic to defeat Bursaspor 2-0 this weekend

The Black Eagles of Beşiktaş have gotten off to a hot start to the second half of the Turkish Super League after a less-than-stellar performance to begin the season. A 2-0 win against Bursaspor on Saturday night at home boosted the fans' hopes that a hat trick may be in store for the Istanbul-based outfit after a 6-2 victory against Antalyaspor the previous week. What fuels the hope is a new quartet of playmakers. Burak Yılmaz, who scored both goals against Bursaspor, and Japanese international Shinji Kagawa were both much-welcomed additions to Jeremain Lens and Adem Ljacic, as Beşiktaş builds a new offensive style. Twelve goals in the past four matches show that the new strategy is paying off for coach Şenol Güneş. The Eagles also showed team spirit with more passes while Dorukhan Toköz and Atiba Hutchinson also complimented the front line in the new style.

Beşiktaş's first goal came late in the first half when Lens found Burak Yılmaz with a skillful pass. Yılmaz's left-footer was also his first goal for the Black Eagles after he joined the club in the January transfer window. A force to be reckoned with in the second half, Yılmaz masterfully zigzagged through his opponents before lobbing the ball to score his second in the 62nd minute.

In the post-match presser, Beşiktaş coach Şenol Güneş played down the rumors that he would replace Mircea Lucescu as the coach of the Turkish national team. Though he did not deny the rumors outright, he said he wasn't "informed."

Meanwhile, club president Fikret Orman said that Güneş was not going anywhere before his contract expired. He, however, added that it would only be possible if Lucescu left and Güneş wanted to part ways with Beşiktaş. Orman said that he "liked" Güneş very much and did not intend to part ways with him. "We will discuss new terms once his contract expires. If he doesn't the like new terms, he can leave," he added.

Güneş and current Başakşehir manager Abdullah Avcı both declined the offer to coach the Turkish national side in 2017.

Lucescu, meanwhile, has had a pretty rough time with the national team, picking up only four victories, compared to seven losses and six draws.