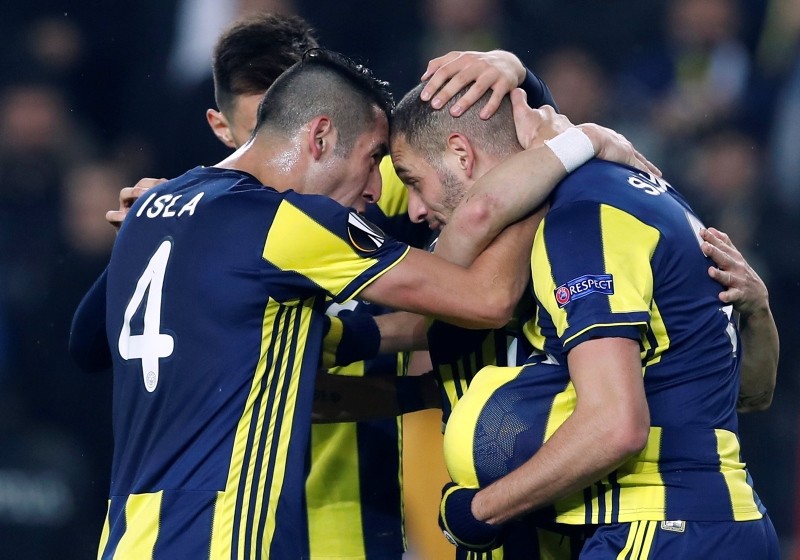 Istanbul giants Fenerbahçe defeated on Tuesday its Russian rival Zenit St. Petersburg in the first leg game of the round of 32 in the UEFA Europa League.

Fenerbahçe's Islam Slimani scored the goal in the 21st minute as he swept a corner from Mathieu Valbuena in the match held at the Yellow Canaries' Ülker Stadium in Istanbul's Kadıköy district.

The Turkish side dominated the play but could not find the back of the net again.

The Turkish club has now gained the advantage before the second-leg on Feb. 21 in St. Petersburg.

Zenit were playing their first game since December 13. But they still have good chances to advance as they host the return leg.

With the win, Fenerbahçe has so far won 84 games out of the 229 matches it played in UEFA competitions, and has lost 97.

Meanwhile, Fenerbahçe has been suffering the worst Turkish league season in history, with only five wins in 21 outings and placed 14th with 23 points away from the top spot, whereas Zenit is at the top of the Russian league with 34 points.

The other round-of-32 games are on Thursday. Fenerbahçe's game was played early for security reasons to avoid it clashing with Istanbul rival Galatasaray hosting Benfica.