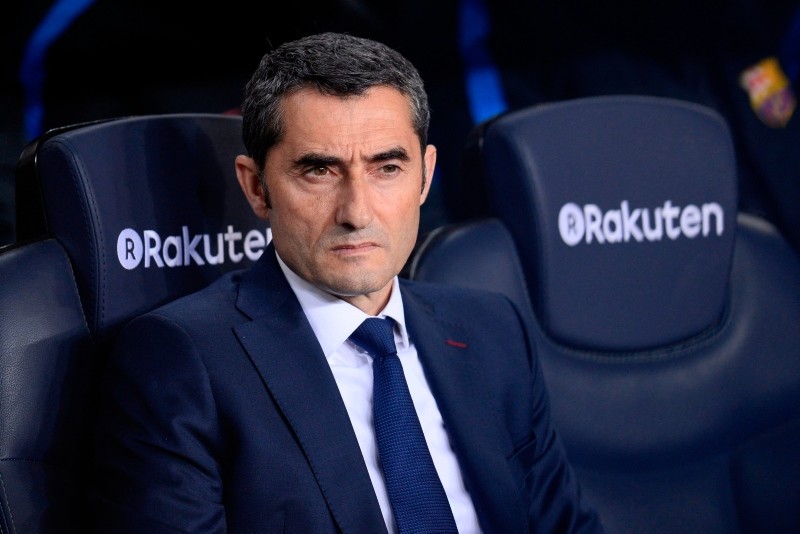 Barcelona's Spanish coach Ernesto Valverde attends the Spanish league football match between Barcelona and Leganes at the Camp Nou stadium in Barcelona on April 7, 2018. (AFP Photo)
by Compiled from Wire Services Feb 15, 2019 12:00 am

Barcelona says Ernesto Valverde has agreed to stay on as coach for at least one more season.

"FC Barcelona and Ernesto Valverde, the first team coach, have reached an agreement to extend the contract between the two parties for another season (2019/20) with the option for one more (2020/21)," the club said in a statement.

Valverde's previous contract would have expired at the end of this season.

He came within a whisker of leading Barca to an undefeated 2017/2018 season when only a defeat late in the season at Levante prevented the team from making history.

Barca's run of scoring in 37 consecutive matches in the league came to an end last Sunday with a goalless draw away to Athletic Bilbao. Barca leads the league this season, has reached the semifinals of the Copa del Rey and the knockout rounds of the Champions League.

The 55-year-old Valverde guided Barcelona to the Spanish league and the Copa del Rey titles last season, his first in charge at the Catalan club.