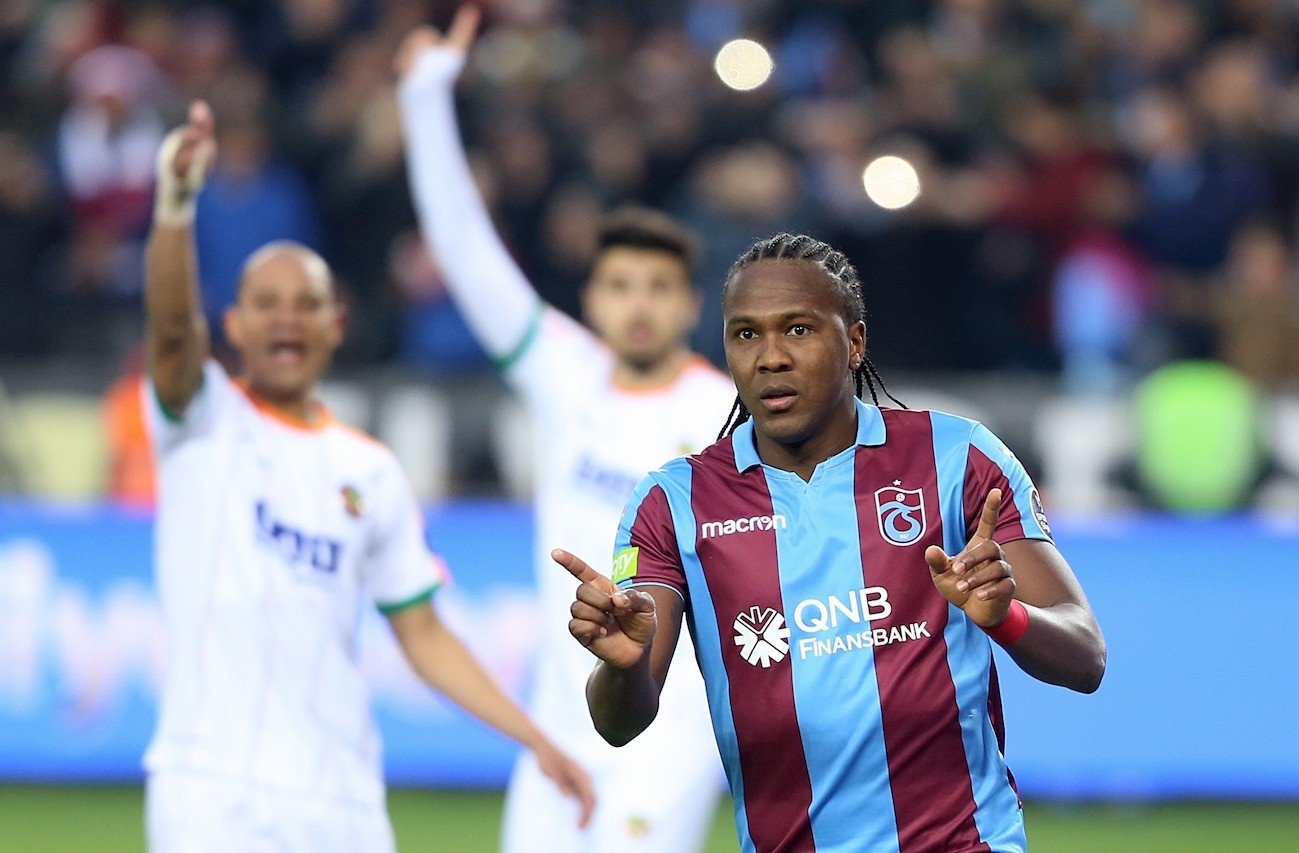 It might be the beginning of the end for Trabzonspor's campaign for top title in Super League as the Black Sea Storm lost more points with a 2-0 defeat against Aytemiz Alanyaspor in a home match on Sunday. Languishing in the sixth place, the team is a far cry from runner-up position behind Medipol Başakşehir in the first half of 2018-19 season.

This is among the worst performances for the club that managed to grab only four points in the first five matches of the second half. Along with what they called biased referee decisions, Trabzonspor is also troubled with a consistent style and the absence of skilled players.

The first half ended on a high note for Trabzonspor with a streak of wins against its archrival Fenerbahçe, against Kayserispor and Atiker Konyaspor. It was followed with a 2-2 draw with Beşiktaş and a 4-1 win against danger zone resident Çaykur Rizespor.

Unfortunately, the second half started with a 4-2 loss to league leader Başakşehir, followed by a 1-1 draw in an away game against Demir Grup Sivasspor. The team boosted morale again with a 1-0 win against MKE Ankaragücü, only to see its ambition crushed with a 3-1 away loss against Galatasaray and lastly, a 2-0 loss against Aytemiz Alanyaspor. Alanyaspor loss was particularly grueling for fans after Colombian forward Hugo Rodallega's gaffe. The veteran forward was just about to cheer when he scored a penalty goal in the 49th minute but he apparently forgot that his brilliant "Panenka penalty" was invalid because he kicked the ball a second time after the ball hit the goalpost on his initial strike.

Though the club promised a higher place and even a top title for fans, a downward trend of Trabzonspor is not different from last season's first 22 weeks. The team was in the sixth spot then too, with 33 points.

The decline is blamed on a number of problems the team faced, from injuries to referee mistakes. The team's key players including Ogenyi Onazi, Jose Sosa, Zargo Toure, Joa Pereira, Filip Novak and Uğurcan Çakır suffered from a string of injuries, limiting the chances to shuffle starting 11. The absence of Nigerian international Onazi who was key to Trabzonspor's ascent in the first half of the season, is among the factors for the team's lackluster performance. Though others tried to fill the void, Onazi used to singlehandedly provide both the defense and midfield performance the team needed. The team also suffered from bad performance of wingers that curbed Trabzonspor's ambitions to pursue offensive gameplay. The departure of forward Burak Yılmaz during the January transfer window also left Rodallega without assistance. Trabzonspor also failed to set up a proper defense and although Hüseyin Türkmen took the charge in defense, Toure and Hosseini failed to meet expectations in defense.

Apart from gameplay, Trabzonspor struggles with referee "mistakes" especially what club called "scandalous" decision by the referee in defeat to Galatasaray. Trabzonspor claimed referee Ümit Öztürk failed to award the team a penalty shot it deserved.

The team's morale was also apparently on the decline due to financial troubles the team faced. A transfer ban in the January window due to failure on compliance with UEFA Financial Fair Play regulations also added to the woes of the Black Sea Storm. The club failed to replace five players with new transfers and instead, relied on eight players from the youth teams of Trabzonspor.