Fenerbahçe knocked out of UEFA Europa League by Russia's Zenit 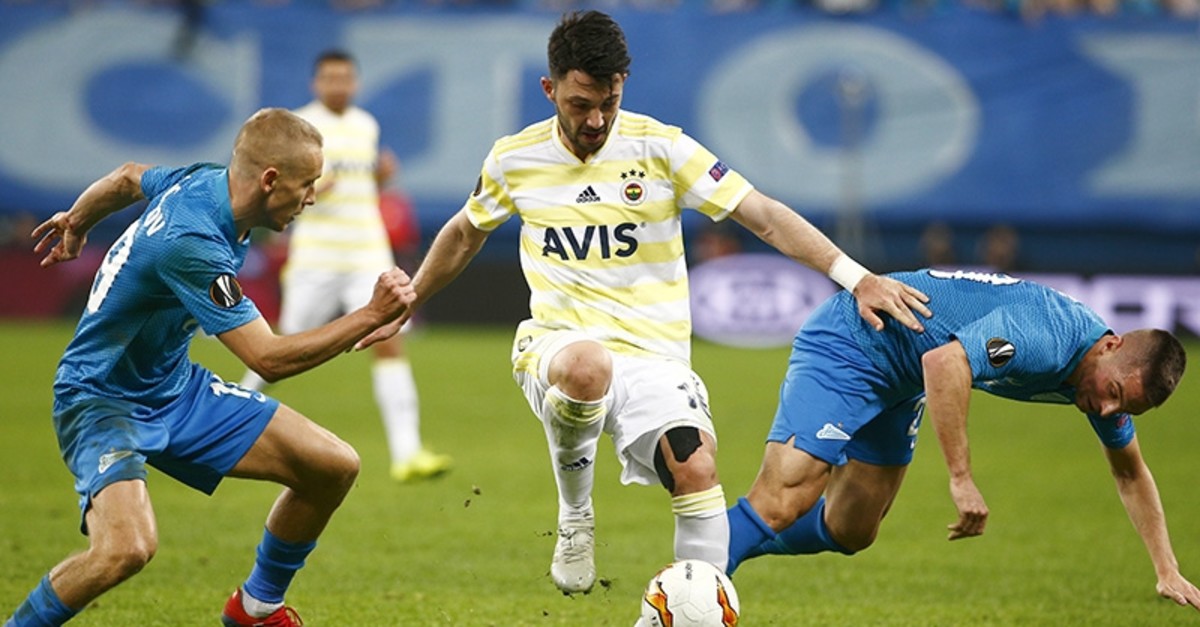 Turkey's Fenerbahçe was eliminated from the UEFA Europa League tournament after losing to Russia's Zenit 3-1 in the round of 32.

Zenit's Magomed Ozdoev scored an early goal in the fourth minute of the second-leg match in St. Petersburg.

Sardar Azmoun scored in the 37th and 76th minute. Fenerbahçe's goal came by Mehmet Topal just before halftime in minute 43.

The Turkish club had the advantage going into the match after blanking Zenit 1-0 at home in the first leg in the second-highest level football competition in Europe.

Zenit moves on with the win to the round of 16.

In the Turkish league, the struggling Yellow Canaries have been suffering its worst season in their history, with only five wins in 22 outings.

Fenerbahçe is in 15th place with just 24 points -- a distant 24 points from the leaders.

Zenit is at the top of the Russian league with 34 points.