"It is great to be the first Japanese player for Beşiktaş," Shinji Kagawa (above)said in an interview with the Turkish team's official magazine. The 29-year-old midfielder, who joined the Black Eagles in the midseason break, made waves in his debut with two goals in three minutes in a Super League match. "Beşiktaş made me a sincere offer and seeing the atmosphere in Beşiktaş matches had an impact on making up my mind to moving to the [Turkish side]," he said. 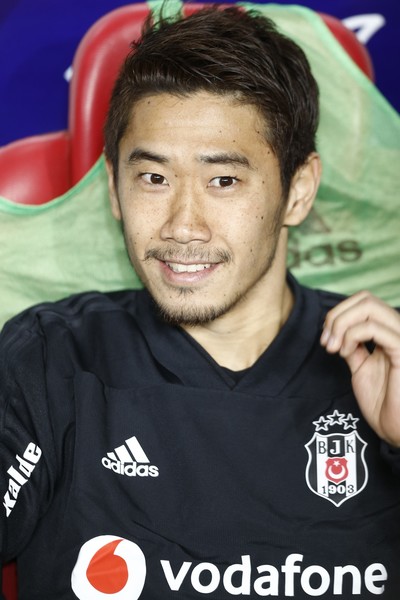 "Their fervent fans and the stadium are really impressive. They are very warm. I came here with a passion," he said. Kagawa is the second Japanese footballer to switch to a Turkish team this season, after Galatasaray's Yuto Nagatomo and said he is aware of fans' expectations. "I will do my best to make everyone happy, to bring the team to a better place. I expect the fans to keep supporting us," he said. He said his transfer is also important for promoting Beşiktaş in Japan.

"I hope more Japanese players join Turkish teams, and I feel I can be a pioneer for this. People in my country love watching TV, and it is significant that more people watch Beşiktaş matches back home," he adds. Speaking about his debut against Antalyaspor, the Japanese international said it was a great moment, but he never believed he would score in his first 19 seconds in the game.