Footballer barred for life for slashing opponents with razor in Turkey 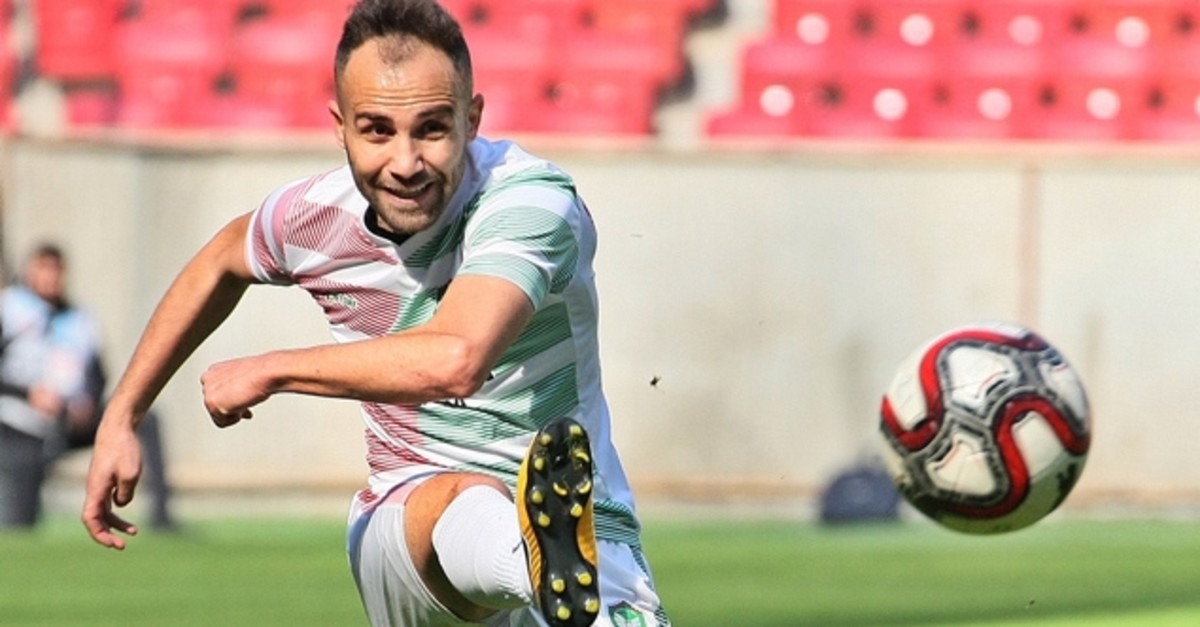 Mansur Çalar of Amed Sportif Faaliyetler, a second-tier football team competing in the Spor Toto 1. Lig, was banned for life by the Professional Football Disciplinary Board (PFDK) Thursday. He was also fined 25,000 Turkish liras ($4,600) and the PFDK fined his team TL 15,000.

Çalar was summoned by prosecutors after he allegedly attacked four rival Sakaryaspor players with a razor he had concealed in his palm during a game last Saturday.

The player was quickly arrested after the match but denied the allegations. He has been released on bail and is now awaiting trial.

Images of the footballers, with what looked like injuries inflicted by a sharp object, had caused an uproar on social media directly after the match.

Çalar, 33, was banned from all competitive games for four years. Procedurally, any suspension longer than three years in Turkey constitutes a life ban, meaning Çalar will not be able to play soccer in the country again.

Amed Sportif, which is based in the southeastern Turkish city of Diyarbakır, has also denied the allegations, while the four players filed a criminal complaint against Çalar.

Hacı Ömer Doğru of Sakaryaspor told police that Çalar approached him while they were heading to the locker room at the end of first half and swore at him first before "rubbing a sharp object" against his face. He said he told the referee about the incident and asked that Çalar be searched – a request that was denied at the time.

Ferhat Yazgan, another Sakaryaspor player, claimed that Çalar also "rubbed an object" against his neck while passing by him in the first minutes of the game. "He told me, 'I will cut you all,'" Yazgan told police.

Earlier this week, the Turkish Football Federation announced that three players from Amed Sportif and one player from Sakaryaspor were referred to the disciplinary board for incidents that took place during Saturday's game.

Sakaryaspor's Serkan Odabaşoğlu is also being accused of an attack during the game and he was banned for five matches and slapped with a fine of TL 3,000. Amed Sportif's two other players were banned for four and five matches, respectively, and were also handed fines for the incidents during the Sakaryaspor game. The TFF also handed Amedspor a spectators' ban.

The team currently stands in 8th position in the TFF Second League, 20 points behind league leaders Keçiörengücü, with nine games left in the season.

With the TFF's decision, Çalar became the second player from Amedspor, who play in the biggest city of Turkey's predominantly Kurdish southeast, to receive a life ban from Turkish football.

Last year, German-Kurdish player Deniz Naki, who had been previously convicted for supporting the PKK terrorist group, was also banned for life for "separatist and ideological propaganda."

Amedspor have long been at the center of controversy, with their games often overshadowed by the conflict between Turkish security forces and PKK terrorists. Scuffles often appear between Amedspor players and fans with their opponents during away matches.

About 40,000 people have been killed since the PKK took up arms against the Turkish state for autonomy in the country's southeast. The PKK is considered a terrorist organization by Turkey, the U.S. and the E.U.