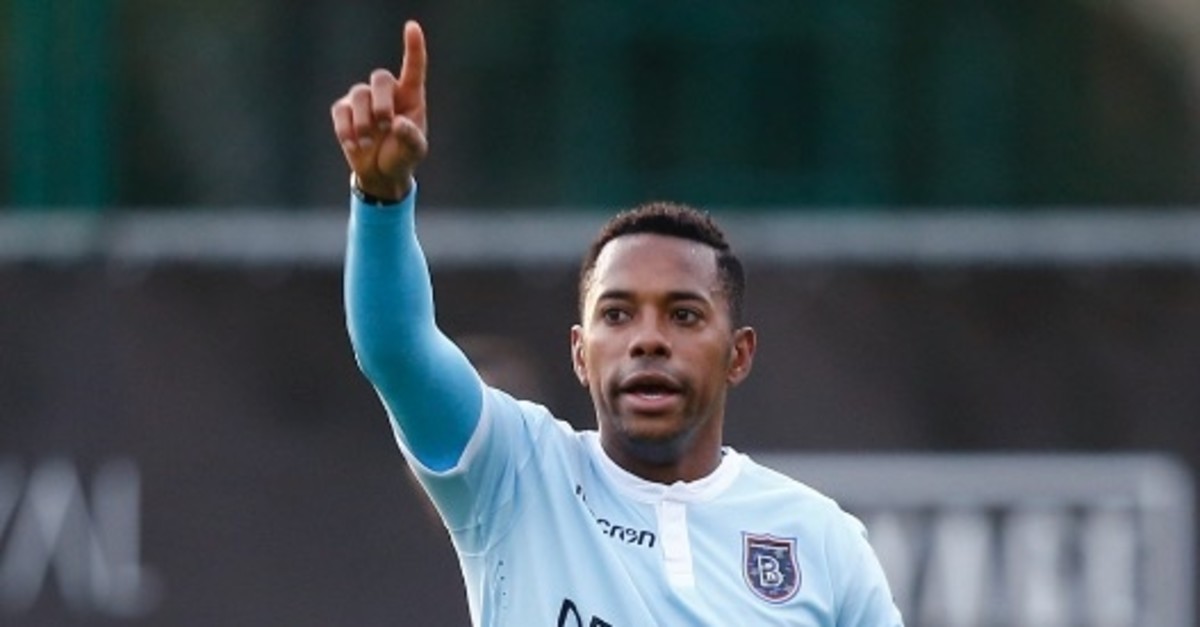 Game week 25 of the Süper Lig kicks off today, but all eyes are on Saturday's clash between league leader Medipol Başakşehir and the troubled giant Fenerbahçe. Second place holder Galatasaray, in the meantime, will be praying for a slipup by Başakşehir

The race for the Turkish Süper Lig title is gradually heating up, despite league leader Medipol Başakşehir clinging to the top spot and increasing the point gap with second-placed Galatasaray. With game week 25 at the door, a Turkish newspaper wrote that the Galatasaray fans would become "Fenerbahçe supporters for one match" when Başakşehir takes on the Yellow Canaries on Saturday.

Game week 25 will open today with a game between Anatolian minnows Demir Grup Sivasspor and Evkur Yeni Malatyaspor that emerged as power players in the league this season. Yeni Malatyaspor is currently sixth and holds a three-point lead over Sivasspor, who despite a promising rise in the first half of the season has struggled of late, with no wins in the past six weeks.

On Saturday, Fenerbahçe will try to save face against Başakşehir after an embarrassing run of just six wins in 24 outings. Some 26 points adrift from the top spot and dangerously close to the relegation zone as No. 14 in the 18-team league, the match is crucial for the Yellow Canaries.

Their expectations may be low, but league number two Galatasaray secretly hopes for a Başakşehir slipup as concerns are high for the Lions' eight-point gap with Başakşehir. The Lions snatched the top title last season, but Başakşehir proved to be a challenge hard to overcome this season, reaping 54 points and finishing the first half as the leader.

Galatasaray's chances were hit when it drew 1-1 with Erzurumspor last week and a draw or Fenerbahçe win in Saturday's game will give Galatasaray an opportunity to close the gap. Add to this a possible win against Antalyaspor, which it hosts Monday, the Lions will have a reason to raise hope for a better close to the season. For Fenerbahçe, every game is like a derby it must win as hopes dim for an exit out of the danger zone - though it wants to at least remain in the race for European qualifications. A win or draw against Başakşehir will likely fire up the team as its next fixture is relatively easy compared to the league leader. The Yellow Canaries will host Sivasspor next before visiting MKE Ankaragücü, a fellow candidate for the drop zone. Ersun Yanal, who took the reins in the first half of the season, is warming to a new lineup of the team he coached years ago and has earlier said he finally had formed the basic lineup in his mind. A draw with Beşiktaş and a win against Çaykur Rizespor boosted morale ahead of the Başakşehir tie. Yanal now counts on Tolgay Arslan, Mehmet Topal, Nabil Dirar, Victor Moses as he decided to sideline underperforming Islam Slimani and Michael Frey, finally hearing what the fans have been asking for weeks.

For Beşiktaş, which secured the third spot ahead of an ailing Trabzonspor, with who it has a four-point gap, hosting Atiker Konyaspor may be a real challenge in the race.

Konyaspor, trailing behind Trabzonspor, will face a formidable rival boasting a fervent fan base but the Black Eagles are also hindered by uncertainty after coach Şenol Güneş was given the top job with the national team starting this June.