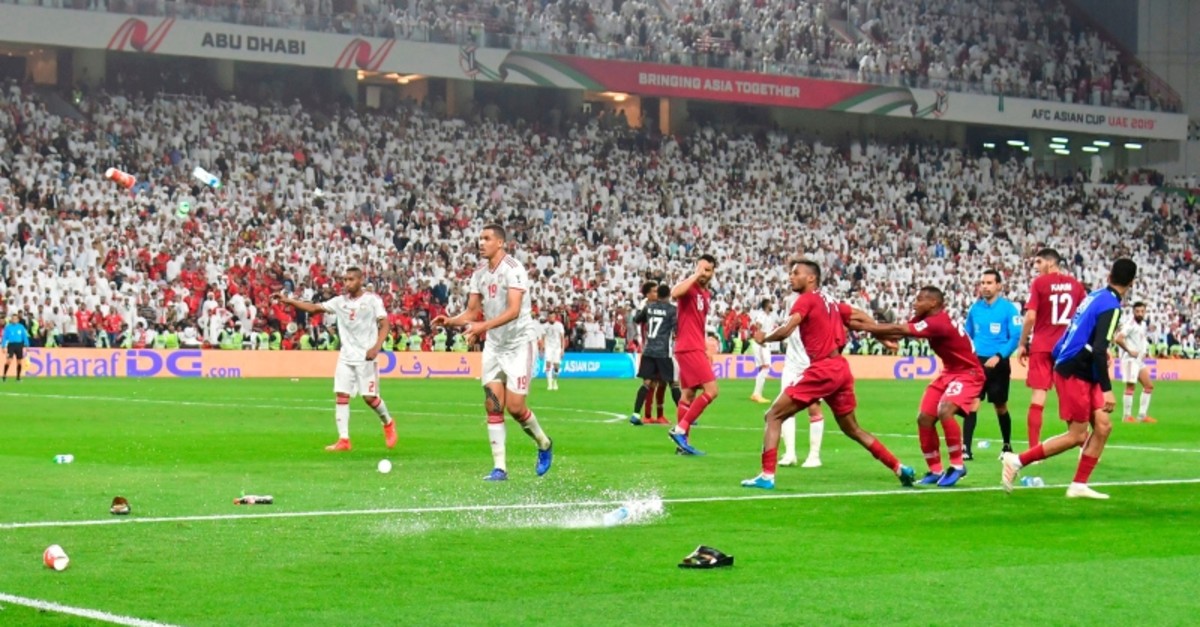 Fans throw bottles and flip-flops at the pitch during the 2019 AFC Asian Cup semi-final football match between Qatar and the UAE at the Mohammed bin Zayed Stadium in Abu Dhabi, Jan. 29, 2019. (AFP Photo)
by Compiled from Wire Services Mar 11, 2019 12:00 am

The UAE national team must also play its first home qualifier for the 2023 Asian Cup in an empty stadium as part of a punishment for fan behavior.

Qatar players dodged shoes thrown by some spectators after the second goal in a 4-0 rout at Mohammed bin Zayed Stadium.

The politically charged game was played on Jan. 29 following 18 months of an economic and travel boycott of Qatar by hostile regional neighbors, including the UAE.

The Asian soccer body says UAE fans also "got into a fight among themselves after the match," and one ran onto the field.

Qatar won the Asian Cup for its first major honor last month. Throughout the monthlong tournament in the UAE the team was without its own fans due to a blockade imposed on the country by its neighbors.