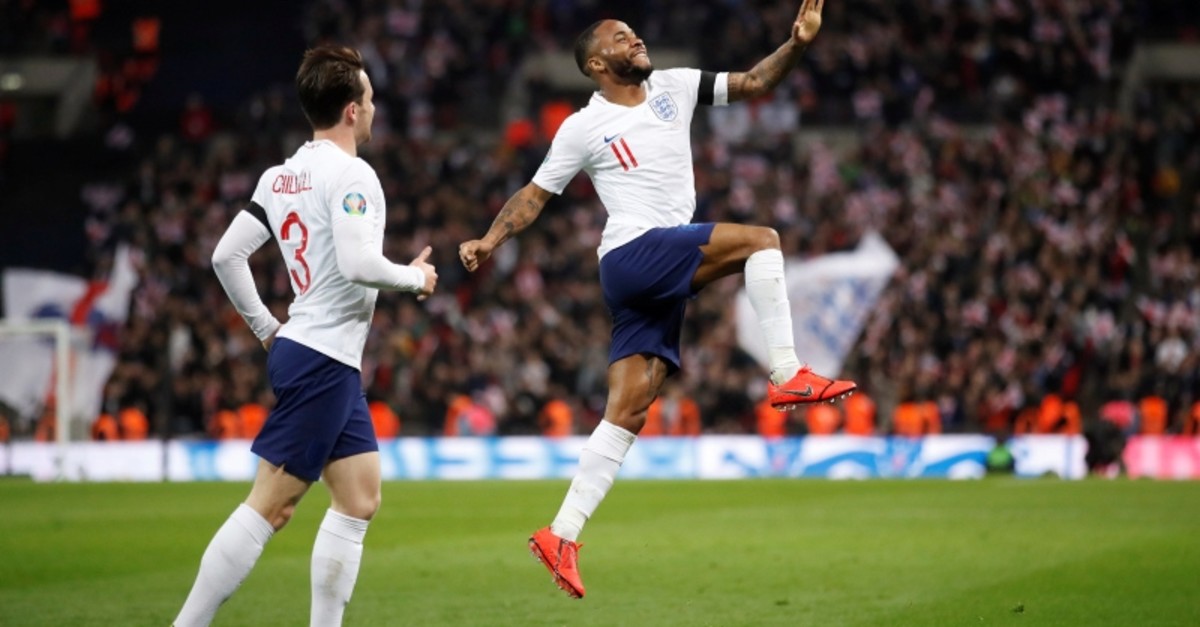 Raheem Sterling got England's Euro 2020 campaign off to a flying start on Friday.

Sterling scored a hat-trick and also won a penalty as England thrashed the Czech Republic 5-0 in the Group A opener for both sides.

Harry Kane's spot-kick and an own goal from Tomas Kalas completed the rout at Wembley Stadium.

"Brilliant team performance, everyone worked hard," Kane told ITV. "We enjoyed it out there.

"We're a confident team and you saw that tonight."

They broke on top in the 24th minute as Kane played a ball out on the right for Jadon Sancho, whose pass to the far post was met by the sliding Sterling.

Sterling then was blocked off as he tried to split two defenders in the area and Kane fined his spot-kick past Jiri Pavenlka in first-half stoppage time.

Sterling completed his hat-trick by striking twice in six minutes after the break.

The Manchester City winger first curled a shot into the far corner after the Czechs failed to clear their area before making it 4-0 with a shot from 25 yards which deflected off Ondrej Celustka.

England then wrapped things up when Pavlenka palmed away a shot from debutant Callum Hudson-Odoi, who came on for Sterling, only for Kalas to send the rebound straight into his net.

"It was a beautiful team performance and I was happy to help the team," Sterling said after becoming the first England player to score a hat-trick at Wembley since Jermaine Defoe in 2010.

"Most importantly, we got the win."

England continue Group A play on Monday when they travel to Montenegro.