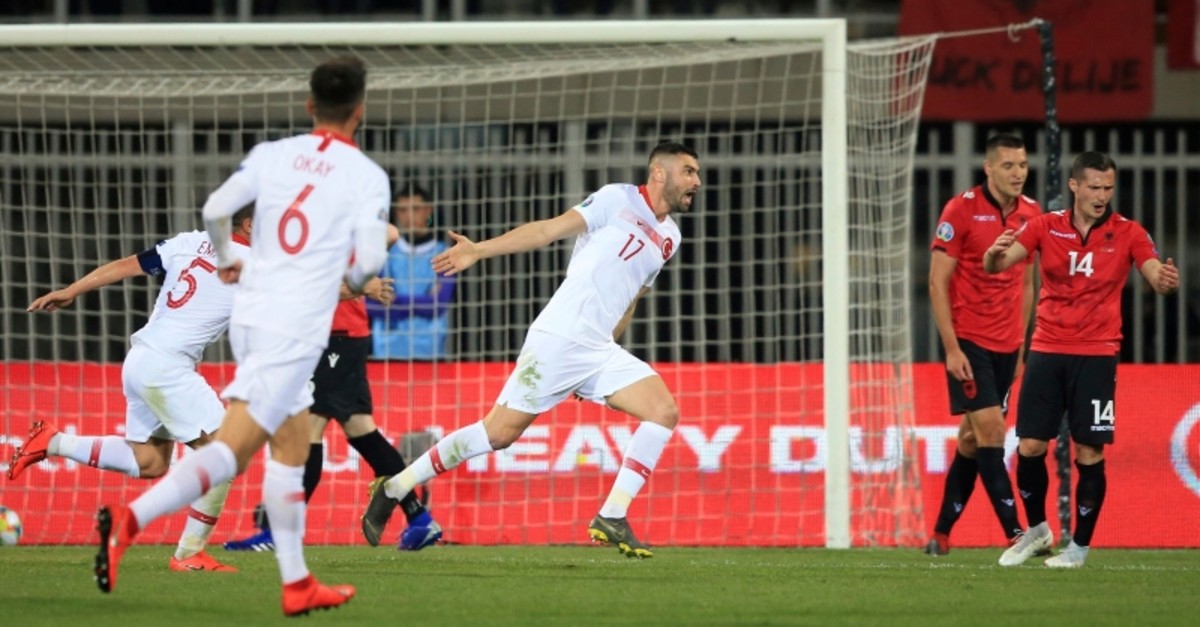 Turkey comfortably beat Albania 2-0 away from home at the start of 2020 European Championship qualifying Friday.

Burak Yılmaz gave the visitors an early lead as he scored the opening goal at the 21st minute. Hakan Çalhanoğlu scored an insurance goal at the start of the second half in the 55th minute.

Turkey is in Group H with France, Iceland, Albania, Moldova and Andorra.

On March 25, Turkey will play against Moldova at home in Eskişehir in the second group matches.

The winner and runner-up from 10 groups each will automatically qualify for the UEFA Euro 2020 final tournament.

The Euro 2020 qualifiers will determine 20 teams while four others will qualify from the UEFA Nations League playoffs in March 2020.