Old Firm victory has Celtic on brink of title 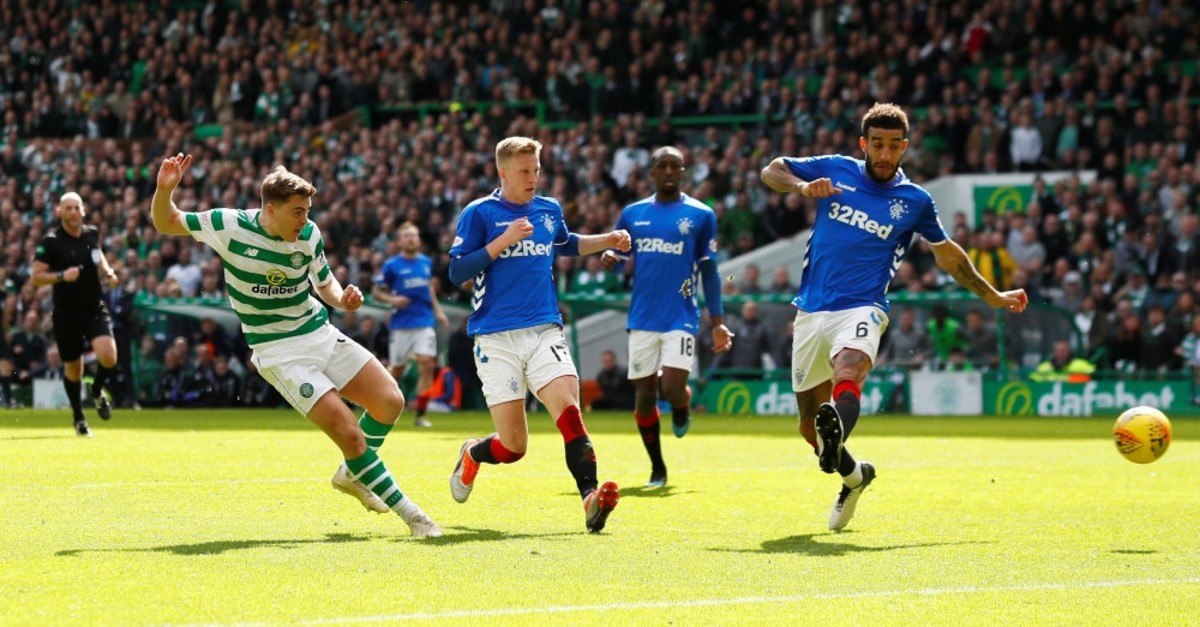 James Forrest slotted in the winner five minutes from time from Odsonne Edouard's lay-off after Rangers had needlessly conceded possession in midfield. The defeat was harsh on Rangers who had fought back brilliantly to equalize through Ryan Kent despite being reduced to 10 men. Edouard's solo goal had opened the scoring for the hosts in the 27th minute at Celtic Park and Rangers were left with an uphill task when forward Alfredo Morales saw red for elbowing home captain Scott Brown two minutes later. But the guests were rewarded for an inspired second half when Ryan Kent skipped past defender Dedryck Boyata to level just after the hour. Boyata went off injured after Celtic had used all their substitutes for the game to end 10 versus 10 but Rangers were punished in the dying stages when James Tavernier carelessly gave the ball away.

Celtic, managed by Neil Lennon after the departure of Brendan Rodgers, go 13 points clear of Rangers with seven games remaining. They are seeking to complete a third consecutive treble having already won the League Cup this season. Rangers, in Liverpool legend Steven Gerrard's first season as a manager, sit second, six points ahead of Kilmarnock.