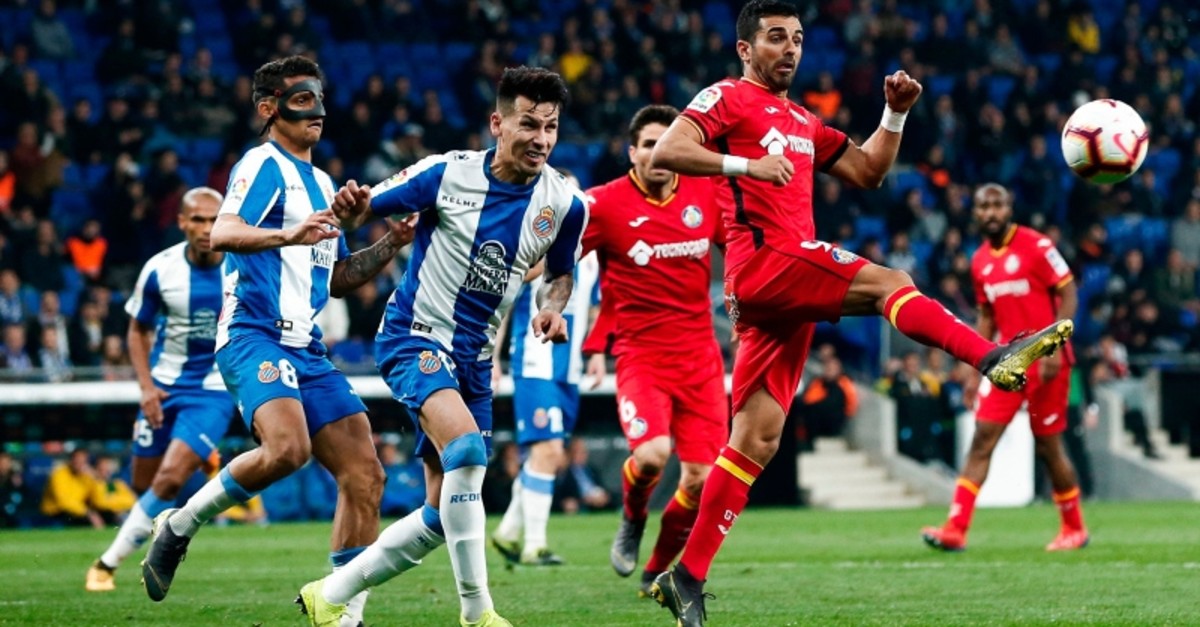 Getafe strengthened their bid to finish in the top four and qualify for next season's Champions League with a 1-0 win over Athletic Bilbao on Sunday in La Liga.

Sevilla moved fifth with a 2-0 win at Real Valladolid, while Celta Vigo earned an important 3-1 win over Real Sociedad in their bid to avoid relegation.

Angel Rodriguez struck in the 78th minute to earn Getafe a narrow victory at the Coliseum Alfonso Perez that consolidates their position in fourth, now four points ahead of fifth placed Valencia.

Athletic had the better chances in the first half but Javier Bordalas's side grew into the game after the break to secure their first win over Athletic in six years.

The decisive moment arrived when a midfield scramble was ended by Francisco Portillo, who sent Angel through on goal, and the striker finished coolly.

Jaime Mata hit the woodwork when he should have doubled Getafe's lead but his team held on to triumph and move on to 50 points with seven matches remaining.

Athletic, who had been in good form, stay eighth, seven points behind their opponents.

"(This win) is a fantastic joy, it was a really tricky game against a team who were getting incredible results," said Bordalas.

"We looked for the goal and Angel finished brilliantly, it wasn't a game of many chances and it played out how we thought it could happen."

Sevilla sit a point behind Getafe thanks to two late goals from Roque Mesa and Munir El Haddadi which saw off Real Valladolid, leaving the hosts 18th, a point from safety.

Joaquin Caparros, Sevilla's coach, revealed after the game he is suffering from chronic leukaemia but will remain in charge of the team.

"It doesn't impede my work. I am going about my daily life. I am not receiving any treatment. I want to enjoy my work," said Caparros.

At Balaidos, Willian Jose sent Real Sociedad ahead with a penalty but Iago Aspas equalised from the spot again for Celta.

The game changed in Celta's favour when Willian Jose was dismissed before the hour mark, with Aspas adding a second in the 70th minute.

Maxi Gomez sealed the win in the 90th minute, with the win taking them 16th, two points above the drop zone.

The Madrid minnows deserved a point but it looked like the Basque hosts were going to take victory from the Mendizorroza Stadium which would have put them level on points with Getafe in fourth.

Instead Jonathan Calleri's opener was cancelled out by Silva's lucky goal, an intended cross which arrowed into the top corner by accident.

Leganes had the better of the first half but went in behind after Unai Bustinza fouled Calleri, who slotted home from the penalty spot.

However, their last gasp strike leaves them 11th, with the players throwing their shirts into the small pocket of travelling away fans in celebration at the end.

Alaves players could barely believe they had conceded a late equalizer, which leaves them seventh.

"It's a great goal, I don't know if he meant to score it or he was crossing it, it's a bit of bad luck for us," said Alaves goalkeeper Fernando Pacheco.

"We would have been right in the battle for European places, we have to pick ourselves up again."

Barcelona are 11 points clear at the top of the table after defeating second-placed Atletico Madrid 2-0 on Saturday.