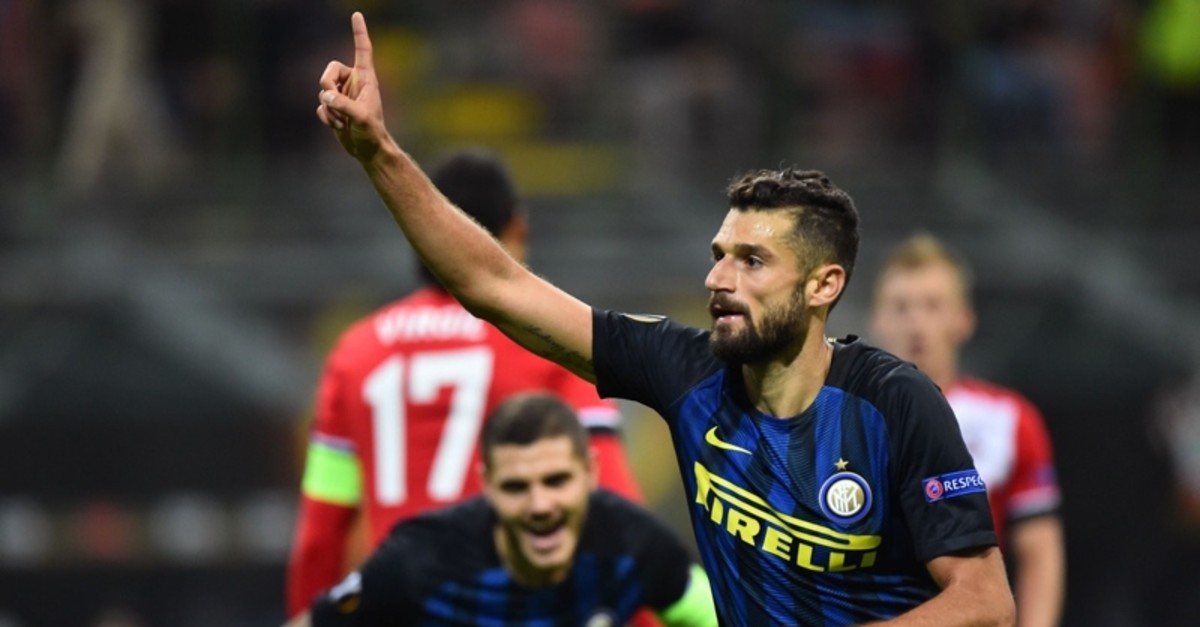 Inter Milan midfielder Antonio Candreva has sparked a political row in Italy with an act of kindness toward a schoolgirl from a poor immigrant family.

The girl garnered Italian media attention after she cried when given a reduced lunch of canned tuna and crackers, while her peers received pasta and a side dish, according to a report by the BBC.

"I'm ready to help the parents pay the canteen," Candreva told the mayor of Minerbe, the town where the girl goes to school, near Verona.

Minerbe Mayor Andrea Girardi, who is a member of the anti-immigration League Party, said the lunch was simply a show of "correctness toward the families who pay the (canteen) fee regularly."

The tale went viral on Italian social media, as stories emerged of other immigrant children at the school facing similar situations.

Some teachers at the school gave their lunches to the children whose parents could not afford to pay the meal fee, according to the daily La Republica.

Girardi justified the decision by saying the school wasn't financially able to provide meals to the 30-some students whose parents couldn't pay the canteen.

"We face dozens of insolvent parents and can't cover the costs. So we decided on a line that could move things on," he was quoted by Italian daily Corriere della Sera as saying.

"We didn't want to get to this point, but we risked failing to provide meals for the families who did pay regularly," he added.

The center-left Democratic Party (PD) councilors in the city slammed the action as "discriminatory," saying: "How can you call it fair, when a primary school girl is humiliated because her parents are in arrears?"

Deputy Prime Minister Matteo Salvini, who leads the League, has led an anti-immigration push in Italy since the populist coalition with the anti-establishment Five Star came to power last year.