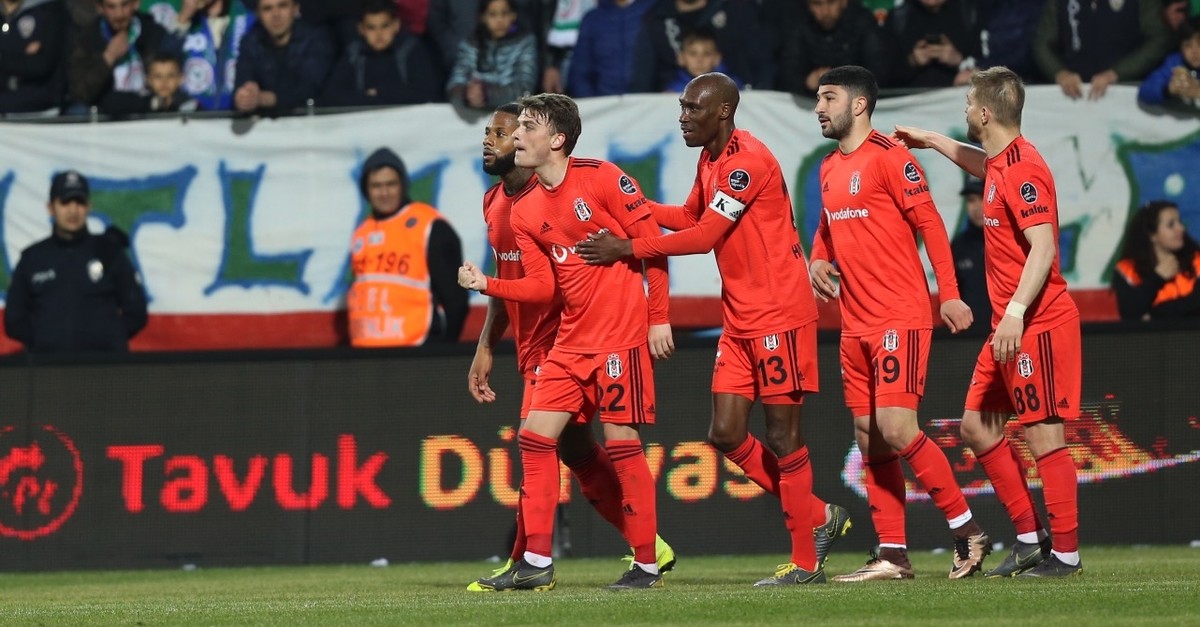 "We didn't deserve this." Those were the words of Çaykur Rizespor chairman Hasan Kartal after Monday's match against Beşiktaş in the Süper Lig. The Black Eagles captivated fans and football enthusiasts with one of the most goal-rich games of the league this season when they won 7-2 against ailing Rizespor. The win will come as a boost for Beşiktaş ahead of its crucial game against league leader Medipol Başakşehir later this week. "The Eagles went mad," was the headline of sports daily, Fotomaç after Beşiktaş thrashed 11th-placed Rizespor to secure the third spot behind Galatasaray in the league.

The result was unexpected for Rizespor, which topped the list of teams conceding the least goals with only five goals in the second half of 2018-2019 season. Yet, the game week 27 pitted it against a rival which boasts one of the highest numbers of goals scored in the second half.

Beşiktaş's Domagoj Vida netted the Black Eagles' first goal in the 8th minute and Ljacic brought the score to 2-0 in the 14th minute. Rizespor's Muric scored the team's first goal in the second half before Abarhoun scored the second in the 70th minute. Beşiktaş' young star Güven Yalçın impressed fans with a hat-trick in 21 minutes after he replaced Burak Yılmaz in the 69th minute, five minutes after the latter scored one for Beşiktaş. Ljacic doubled his score eight minutes after Rizespor's second goal.