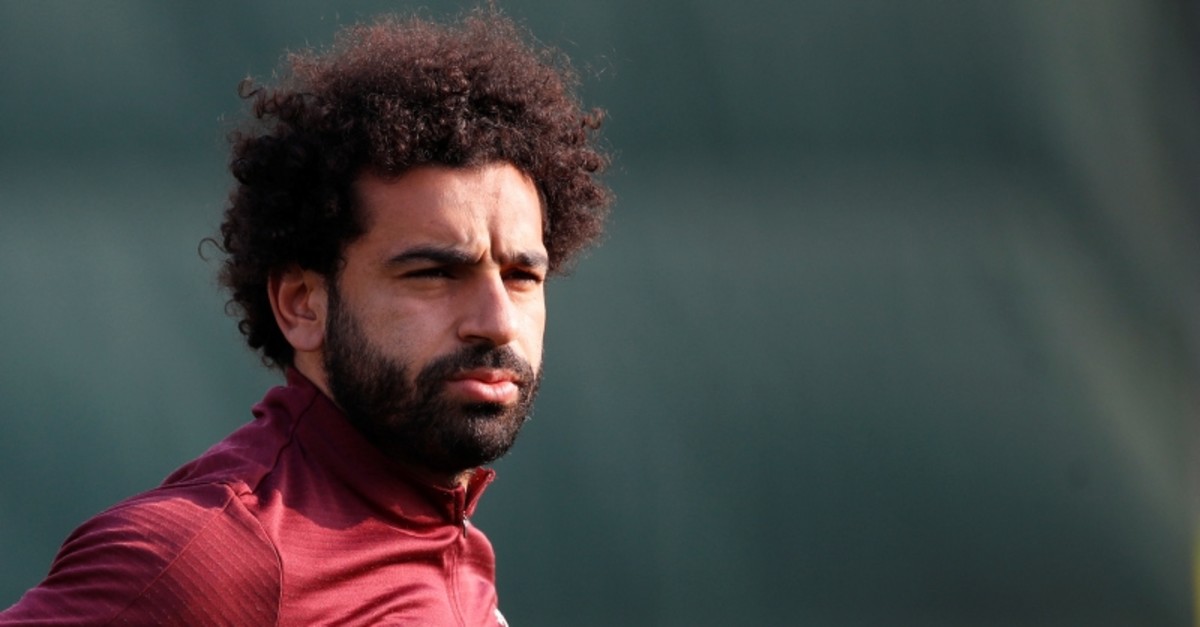 The Premier League club's security team identified the fans from a video on Twitter showing them singing a derogatory song about former Chelsea forward Mohamed Salah, now of Liverpool, according to British media reports.

"Chelsea FC finds all forms of discriminatory behavior abhorrent and where there is clear evidence of Chelsea season ticket holders or members involved in such behavior, we will take the strongest possible action against them," Chelsea said in a statement.

"Such individuals are an embarrassment to the vast majority of Chelsea supporters who won't tolerate them in their club."

Four Chelsea supporters were previously suspended by the club after Manchester City winger Raheem Sterling was racially abused at Stamford Bridge in December.

"I don't want to talk about this because I didn't see the video," he said. "Yes, I think it is right (that the club takes action), but you have to ask the club. It was a very strong decision and I think it's right."

Liverpool also thanked Chelsea for their quick response to the video, and said in a statement that they are working with Merseyside Police to try and identify the fans.