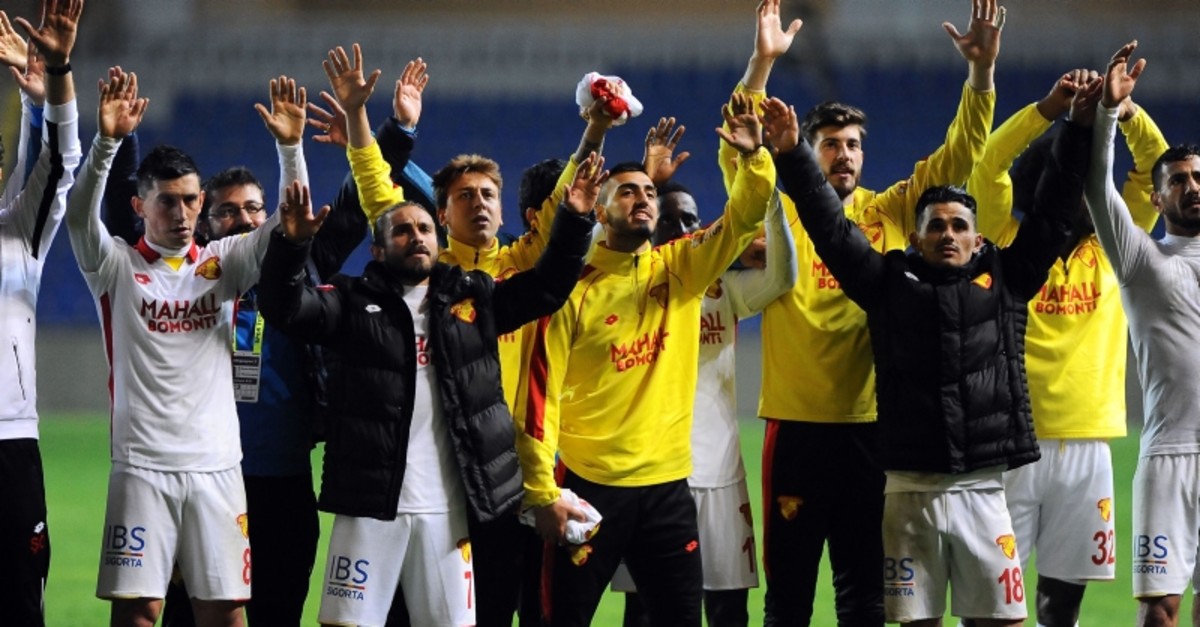 Turkish Süper Lig leader Medipol Başakşehir was defeated by Göztepe 2-0 on Friday evening in Turkey's top tier football league, jeopardizing the top spot they have been holding for many weeks.

The Izmir club's goals came in 7th minute by Jerome and in 85th minute with Deniz Kadah. Two goals scored by Başakşehir were disallowed for offside after checking with Video Assistant Referee (VAR).

The loss massively hurt current league leader, as it only won once in the last five weeks, losing 10 points in total. Başakşehir has 62 points after the loss as of Week 30.

Galatasaray, meanwhile, has a great chance to take over the top spot as the team is only three points behind the leader with 59 points.

If Galatasaray win against Atiker Konyaspor on Monday evening, they will topple Başakşehir to grab top spot with only four weeks to go. The two Istanbul clubs will also play a derby on Week 33, expected by many to determine the title holder for 2018-2019 season.

However, Galatasaray's fixture is relatively tougher than Başakşehir since the team will play against Beşiktaş, one of the best performing teams in the second half of the league with 10 wins in 13 matches and five consecutive wins in the last weeks.

Başakşehir manager Abdullah Avcı said that the team used up all its extra credits with the loss against Göztepe, noting that they will still win the championship if they win their last four matches and they will now wait for the performances of their rivals this week. He pointed out that Beşiktaş has also joined the title race in recent weeks, hinting to a heated derby with Galatasaray slated for next week

Meanwhile, the win was also crucial for Göztepe, which turned the tide of seven defeats and one draw in last eight matches. The win against Başakşehir boosted the Izmir club's morale, placing them just above the relegation zone and helping them to clinch to the survival race at the bottom of the league.