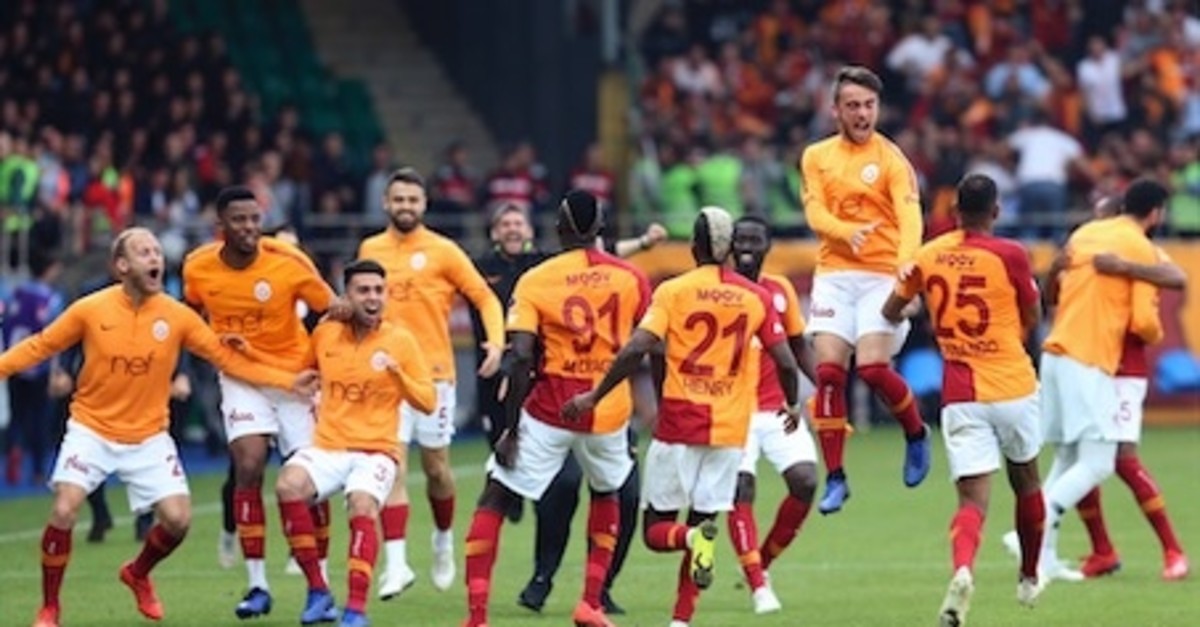 Red and yellow are at the top again. Galatasaray is only one match away from repeating as Süper Lig champions. But what's better than winning the title for two consecutive years? Holding on to another trophy in the same week. Galatasaray needs a victory against Akhisarspor in Ziraat Türkiye Cup final on Wednesday and to defeat Medipol Başakşehir on Sunday to secure its double. Based on its successful run and the fact that Akhisarspor already bid adieu to the top-flight league after being relegated early to the second league, odds are high that the Lions will accomplish the task.

The Lions already boast the most Türkiye Cup titles with 17 trophies and this is their 23rd final match in the prestigious event. Akhisarspor may be the winner of last season's cup but it won't be an easy feat to defeat Galatasaray which dethroned Medipol Başakşehir from the Süper Lig's top spot only a few weeks before the end of the season.

Medipol Başakşehir, which lost steam after dominating the league in the first half and most of the second half, will square off against the Lions in a decisive game in week 33. Clinching on to first after winning against third-placed Beşiktaş in week 31, the Lions will host the Istanbul-based club for an attempt to secure another league title. Even if Başakşehir goes against all odds and put on an impressive performance, it is hard to beat Galatasaray at home. This is a team which has not lost any of its last 35 matches it hosted at Türk Telekom Stadium. The Lions last lost a game at home in May 2017, a 3-1 loss to Kasımpaşa. Out of the last 35 games it hosted, Galatasaray has drawn only five times.

A fixture in the Süper Lig for decades, Galatasaray started out the 2018-19 season with troubles, barely a few months after winning the Süper Lig trophy. Selling top scorer Bafetimbi Gomis, it was unable to transfer a forward as it failed to comply with UEFA Financial Fair Play rules. Multiple injuries, bans on coach Fatih Terim, trainer Hasan Şaş and key players like Ryan Donk, Badou Ndiaye, Garry Rodrigues, Younes Belhanda and Serdar Aziz aggravated the challenges it faced in the race to the top.

However, the January transfer window changed a lot for the Lions. Two key transfers for defense in the form of Christian Luyindama and Marcao and the addition of Kostantinos Mitroglou and the league's top scorer Mbaye Diagne to the frontline sparked championship fever in Galatasaray again.

A strong comeback in the last few weeks of the Süper Lig helped the Lions close an eight-point gap with Medipol Başakşehir.

Galatasaray is enjoying a loss-free streak in the past 18 matches. In its latest Süper Lig challenge, the team defeated Çaykur Rizespor 3-2 in an away game during stoppage time on Saturday. Galatasaray found the first goal in the 7th minute with Sofiane Feghouli, who scored a beautiful curved shot just inside the penalty box. Rizespor equalized the score in the last minute of the first half. The home team found the leading goal in the 76th minute with Umar Aminu.

With no room for error, Galatasaray fought back hard, equalized the game in the 92nd minute with a penalty kick. Mbaye Diagne converted the penalty. Galatasaray found the winning goal in the 97th minute, this time Diagne scored a header for his 30th league goal. The goal made Diagne the highest goal scoring foreign player ever in the league's history.

The record belonged to another Galatasaray player, Bafetimbi Gomis, who scored 29 league goals the previous season. Galatasaray increased its points total to 66 after the victory.