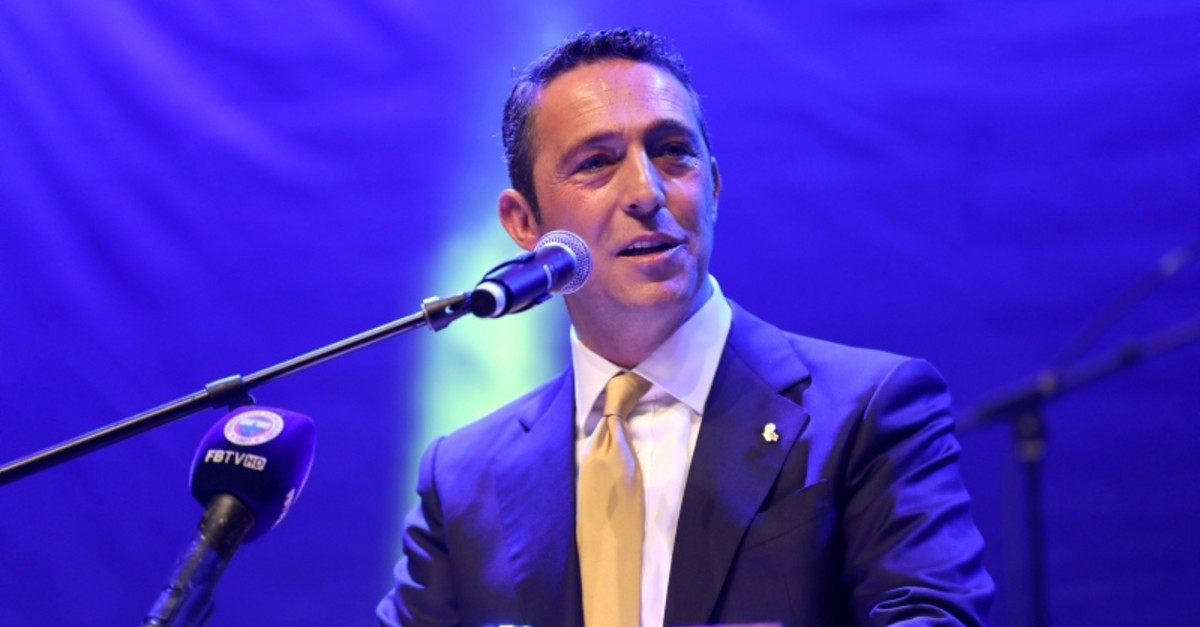 A two-day donation and lottery campaign saw Istanbul giant Fenerbahçe raise a record 55.9 million Turkish liras ($9.37 million) as the club tries to reel from its the worst football season in recent history and clear its massive debt.

In the campaign titled "WinWin," fans sent a total of 950,000 SMS messages costing TL 20 each in donations to support Fenerbahçe, in addition to buying 123,000 special-edition football jerseys donning the all-time greatest players of Fenerbahçe, each worth TL 300.

As part of the campaign, a special broadcast was aired two evenings in a row on Turkish entertainment channel TV8, with famous comedians Cem Yılmaz and Beyazıt Öztürk attending each, in addition to appearances from the club's current squad in basketball, former players and a number of actors and singers.

The biggest jersey donors, including businesspeople, celebrities, sportspeople and Fenerbahçe's fan clubs from different provinces and countries, appeared as on-air telephone guests in the program.

TV8 owner Acun Ilıcalı, who moderated the broadcasts, also pledged to donate two days of advertisement revenues from the broadcast, in addition to buying 1907 jerseys in reference to the club's establishment date.

Participants who took part in the campaign by buying jerseys or SMS donations will also earn the right the participate in a lottery campaign with awards including houses, cars, jerseys, season or match tickets in addition to the chance to join a number of events with the club administration, players, former players and other celebrities.

The Fenerbahçe Men's Basketball Team, the pride of the club in recent years with successful results and titles, also attended the broadcast led by Serbian coach Zeljko Obradovic. The team, branded as Fenerbahçe Doğuş for sponsorship reasons, was crowned EuroLeague champions in 2017 and reached the finals in 2018 and 2016. This season, the team guaranteed its fifth consecutive final four in Europe's top-tier basketball tournament. As the title holders of last year's Tahincioğlu Basketbol Ligi, they finished second in the regular season behind their Istanbul rivals Anadolu Efes and qualified for playoffs.

Fenerbahçe's football division, however, despite being the backbone of the club's fan base and revenues, is nowhere near the club's performance in basketball. The Yellow Canaries, as one of the "Big Three"s of Turkey's football scene along with its Istanbul arch rivals Galatasaray and Beşiktaş, is currently in 10th place in the Turkish Süper Lig after spending weeks in the bottom following its worst-ever start to the season with Dutch coach Philip Cocu. Veteran Turkish coach Ersun Yanal replaced Cocu last December and somehow managed to improve Fenerbahçe's performance, however, the team dodged the relegation risk only last Saturday, two weeks ahead of the end of the season, with a win that saw opponent Akhisarspor relegating.

Both Galatasaray and Beşiktaş have held similar televised donation campaigns in the past on a smaller scale, but perhaps the biggest factor that increased the scope of the Fenerbahçe campaign, helped the club boost its morale and fill its coffers in such a poor season was club president Ali Koç, who ended previous president Aziz Yıldırım's 20-year-long reign last June. 52-year-old Koç is a member of Turkey's wealthiest family and also serves as the vice board chairman of the country's leading conglomerate Koç Holding. Attending the broadcasts for two-nights in a row, Koç thanked all guests and fans for their support.

Leaving its poor football performance and fan frustration aside, the most pressing issue for Fenerbahçe is its huge debt. Although TL 55.9 million in donations is significant, it is reduced to nothing when compared to the club's massive TL 4.25 billion debt, standing far higher than its chronically debt-ridden rival Galatasaray's TL 2.8 billion. A larger donation campaign running between April 1 and June 1 including the two-day televised event aims to rake in as much as possible from the club's supporters since the club is required to gather 60 million euros (TL 404 million) by the end of May to avoid Financial Fair Play (FFP) sanctions by the UEFA. This amount stems from a three-year agreement signed with the UEFA requiring the club to have no more than 30 million euros in debt over three years. However, Koç stated in late March that the club is currently in the negative by 90 million and faces penalties including a transfer ban and suspension from European tournaments.

The two-night event was among the first examples that saw Koç cashing-in his popularity and business links for Fenerbahçe, which he promised to use for the club and its reinvigoration. Nevertheless, Koç will likely need to do much more and convince more people as the bulk of the required amount is expected to come from businesspeople with links to Fenerbahçe and Koç himself.