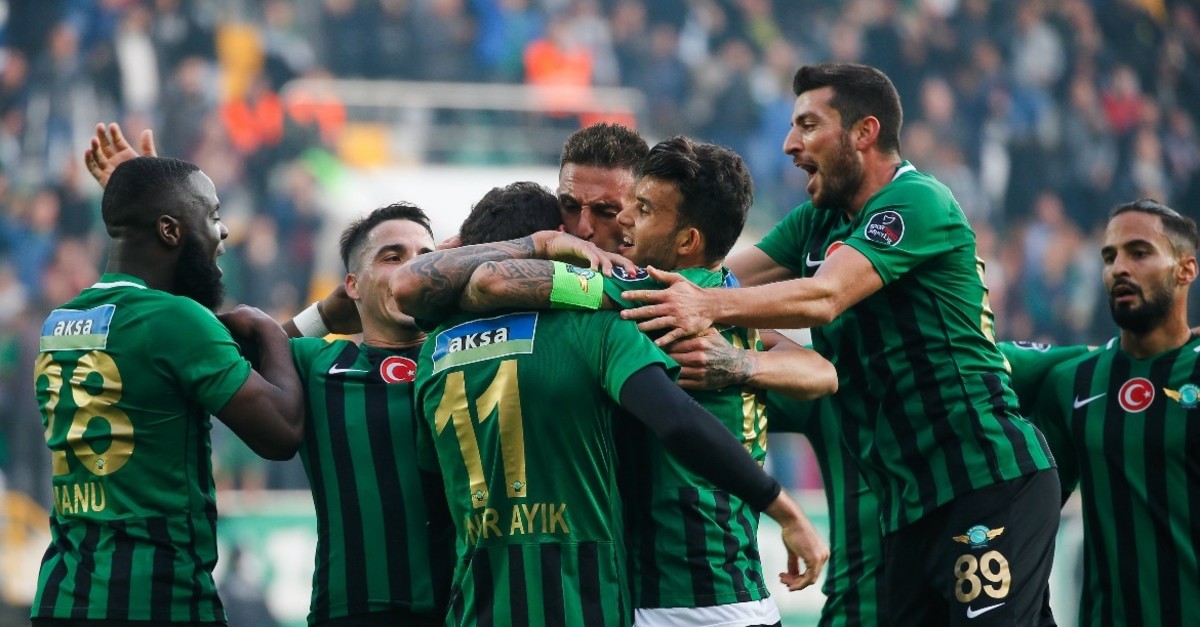 Galatasaray and Akhisarspor will face off today in the Turkish Cup final, an event that can bring an extra trophy to the Süper Lig leader Galatasaray and pave the way for Akhisar's Europe campaign

The Süper Lig's current leader Galatasaray will challenge last-placed Akhisarspor in the 57th edition of the Turkish Cup. A secondary but prestigious competition in Turkish football, the cup final between two teams will be a do-or-die battle for Akhisarspor.

For Galatasaray, it is a chance for a second trophy as the Lions are close to securing a second straight league title. With two weeks left to go, a win against Medipol Başakşehir, which shares the same points, will seal the deal for the Lions.

Akhisarspor, a team that has already been relegated to the second-tier league, is looking for a ticket to the UEFA Europa League.

The two teams will square off in Sivas, a central Turkish city home to Demir Grup Sivasspor of the Süper Lig. Galatasaray is the clear favorite in the final as it has won 17 out of the 22 final games in the history of the Turkish Cup. This is the second consecutive final's appearance for Akhisarspor, which beat the odds to win last year's trophy.

The Turkish Cup is viewed as a consolation prize for teams failing to win the Süper Lig though it precedes the end of the season. Akhisarspor had defeated Fenerbahçe 3-2 in last year's final. Yet, it is Galatasaray holding multiple records in the history of the Turkish Cup. It has the most wins at 17, including four consecutive victories in the first four years of the event first held in the 1962-63 season. Akhisarspor has shocked the team by eliminating it in the semifinals in last year's event, reaching the finals for the first time in the club's history.

The trophy went to 15 teams in its history and Galatasaray is followed by Beşiktaş with the most wins at nine. Trabzonspor boasts eight Turkish Cups while Fenerbahçe has only six in its history. Medipol Başakşehir is among seven teams which failed to win the trophy despite reaching finals.

Galatasaray which took over first place in the Süper Lig with just a few weeks left before the end of the season also rode a wave of success in the Turkish Cup and suffered from only one defeat in their road to the final. In eight games, it drew twice and scored 17 goals. It defeated Evkur Yeni Malatyaspor 5-2 in an away game to reach the final.

The Turkish Cup also gives a platform to teams to test their players not regularly included in starting 11 in regular season games of the Süper Lig. İsmail Çipe was one of them. The 24-year-old goalkeeper appeared in only one game in the Lions' Süper Lig matches but played for the team for 531 minutes in eight cup games, the most playing time for a Galatasaray player in the Turkish Cup this season. Eighteen-year-old striker Yunus Akgün followed him with 528 minutes and turned out to be a prolific scorer in the event. Akgün scored four of the 17 goals of Galatasaray in this year's Turkish Cup. Muğdat Çelik, Henry Onyekuru, Martin Linnes and Sofiane Feghouli scored two each in the cup matches.

Akhisarspor is being relegated from the Süper Lig but the team is still looking for a ticket to Europe in the final against Galatasaray. Akhisar would be only the sixth team with consecutive Turkish Cup titles. Unlike its run in the Süper Lig, Akhisarspor was impressive in the second-tier event, not losing any of the eight matches it played. It has only one draw. Except Kasımpaşa, Akhisarspor fended off minnows like Fatih Karagümrük and Ümraniyespor to reach the final. The team will be qualified to join UEFA Europa League from

the group stages if it wins the Turkish Cup. This also means revenue of 7 million euros for Akhisarspor which had to concede an expected income of around TL 100 million from the Süper Lig when it was relegated. A win against Galatasaray will also make Akhisarspor the first Turkish team to qualify for the group stages of the Europa League.