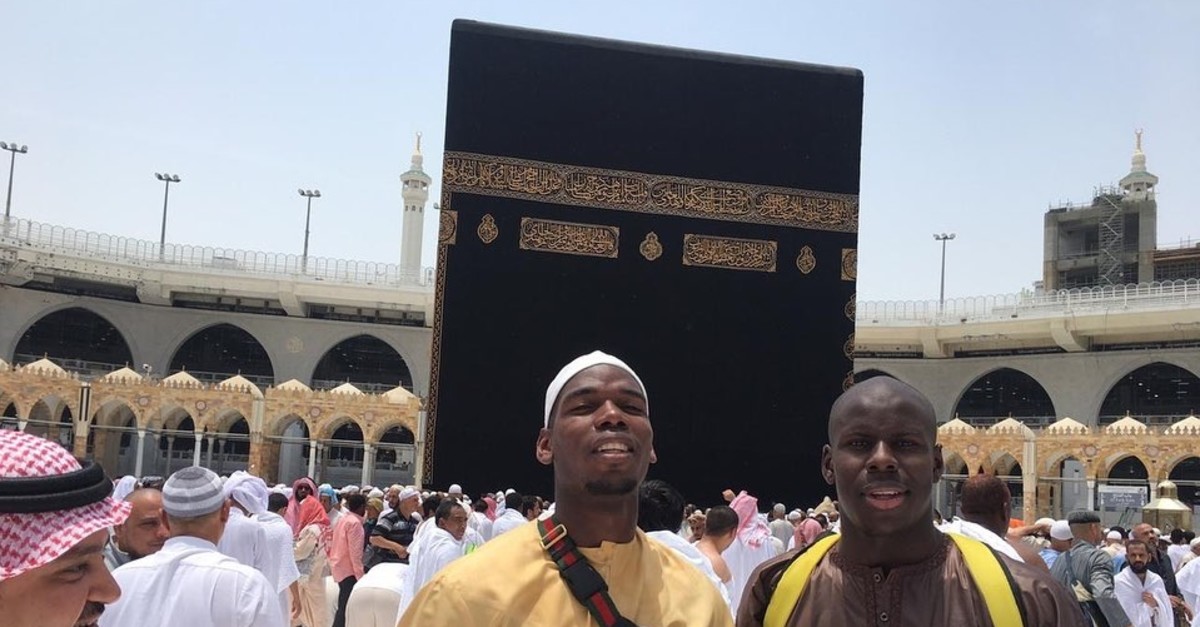 Pogba on Thursday posted a photo in fornt of the Kaaba, the most sacred monument of Islam, on his Instagram feed.

"Never forget the important things in life," the French midfielder wrote as a caption to the picture. Chelsea's French defender Kurt Zouma accompanies Pogba in the photo.

Pogba's pilgrimage comes as Muslims worldwide mark the holy month of Ramadan during which believers fast from dawn to dusk each day, abstaining from food and drink and engaging in intense nightly worship, in addition to five daily prayers. Ramadan fasting is aimed at drawing worshippers closer to God through self-control, remembrance and humility.

The photo has received more than 2 million likes on Instagram.

Previously, Pogba performed umrah during Ramadan in 2017 and 2018, shortly before the World Cup in Russia, which was won by France.