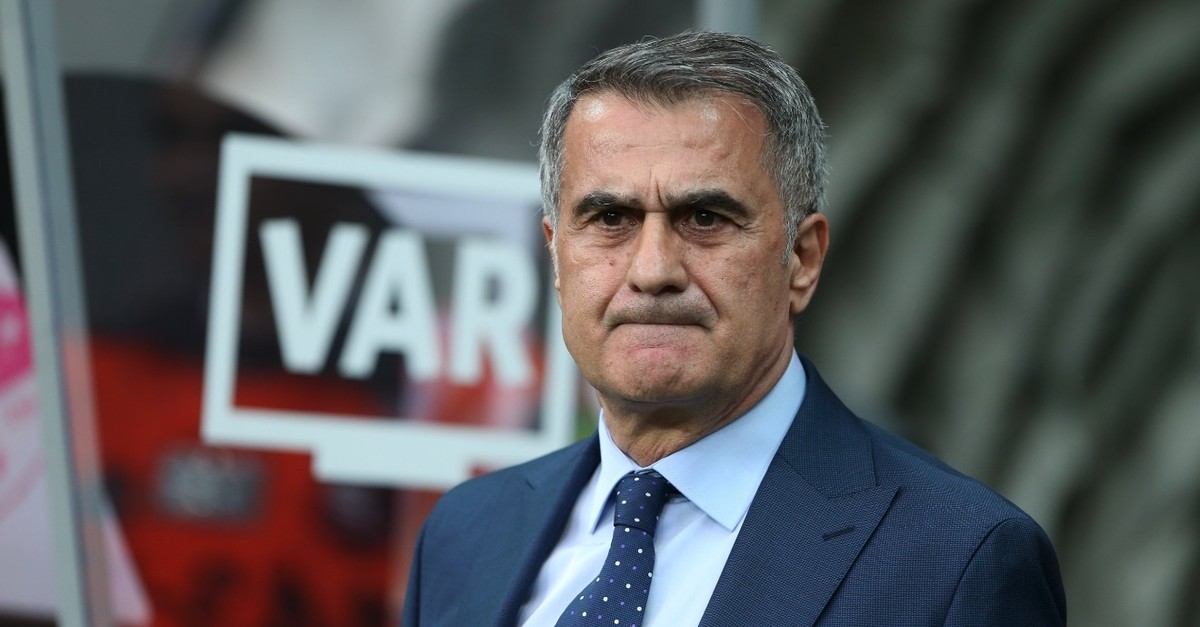 Beşiktaş will part ways with its veteran coach Şenol Güneş this week and no names have come up yet on who will succeed him, though media reports claimed Abdullah Avcı, Tayfun Korkut and Mircea Lucescu have all been shortlisted for the role

If all goes well Istanbul powerhouse Beşiktaş would clear most hurdles and finish the Süper Lig season in the third spot. But, it will be faced with a new challenge: Finding a successor to Şenol Güneş. The veteran coach will end his four-year career with the Black Eagles following one last match against Kasımpaşa on Friday, after which, he will formally join the national team that he already coached in two games earlier this year.

The club is mum on his replacement but a search is certainly underway. Media reports claimed that Beşiktaş is tracking Tayfun Korkut, Okan Buruk, Mircea Lucescu and Abdullah Avcı.

Club Chairman Fikret Orman, who was re-elected earlier this month, has launched a campaign to find Güneş's replacement, immediately after the election. Most executives gave green light to the idea of a local coach and Korkut leads the list of potential new coaches.

The German-born Turkish coach last led VfB Stuttgart, after stints with other German outfits, including Bayer Leverkusen and Hannover 96, and tenure with the Turkish national team as assistant manager from 2012 to 2013. Korkut had joined Beşiktaş in 2004 as a player from Espanyol for two years, before his retirement with another Turkish outfit, Gençlerbirliği.

Okan Buruk is also a candidate with his contract with Süper Lig side Çaykur Rizespor coming to an end in June. Like Korkut, Buruk had a two-year stint with Beşiktaş in his playing career, between 2004 and 2006. His coaching career was confined to the Turkish league and is rather spotty as he has spent only one year or season in every team he coached since 2013, from Elazığspor to Akhisarspor, the last team he helmed before joining Çaykur Rizespor earlier this season.

Romanian coach Mircea Lucescu is also being considered either as a coach or sports director. This is at least what Fikret Orman has in mind and he plans to install a younger coach. The 73-year-old Lucescu was unceremoniously sacked from the national team after a lackluster performance and was replaced by Şenol Güneş. Lucescu has proven track records with Turkish sides, including Galatasaray and Beşiktaş. He was appointed as the Turkish national team coach in 2017, replacing Fatih Terim, who is currently coaching Galatasaray. Lucescu's career had peaked with Ukraine's Shakhtar Donetsk, winning eight top titles, six Ukrainian cups and a UEFA Cup. The Romanian coach also has a special place in Beşiktaş's history. He won the Black Eagles the league title in 2003, on the centenary of the club. Though he quit a year later amid the downfall of the team because of what he called biased referee decisions.

As for Abdullah Avcı, the Medipol Başakşehir coach may take a shot in helming Beşiktaş after his outspoken confidence of winning the title was shattered by Galatasaray. Under Avcı, Başakşehir finished the first half of this season as the winner, a remarkable feat for a fresh underdog, but the club failed to catch the streak of success in the second half and bowed out of the title race with a 2-1 loss to Galatasaray.