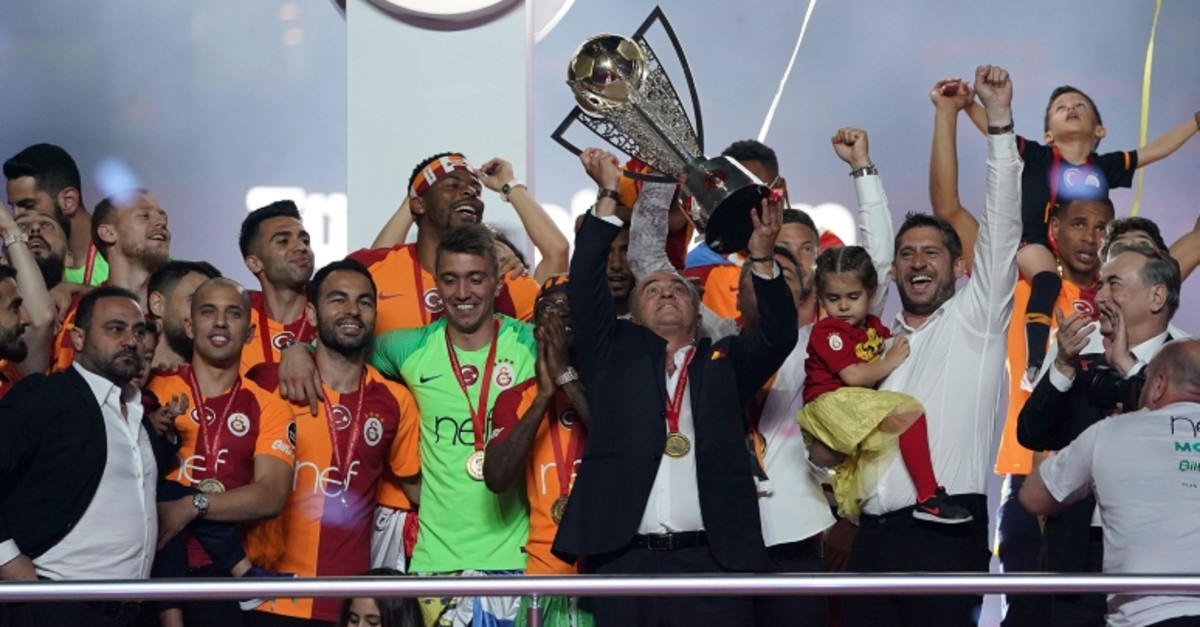 Galatasaray has renewed contract with manager Fatih Terim, extending his tenure with the current league champions for another five years.

The announcement came by Galatasaray Chairman Mustafa Cengiz during the 2018/2019 league championship celebration at Turk Telekom Stadium on late Saturday.

"We will sign a five-year contract with beloved Fatih Terim, the number one of Turkish football here with your testimony," said the chairman.

The championship marked the 22nd for Galatasaray in their league history.

Chairman Cengiz added that during the upcoming five years, they will add one more star to their club.

The 66-year-old manager first managed the team in the 1996/1997 season, where he achieved major success, domestic and European.

Terim's previous tenure with the club started in the 2011/2012 season; he managed to take the team to the quarter-finals of the UEFA Champions League in 2012/2013.