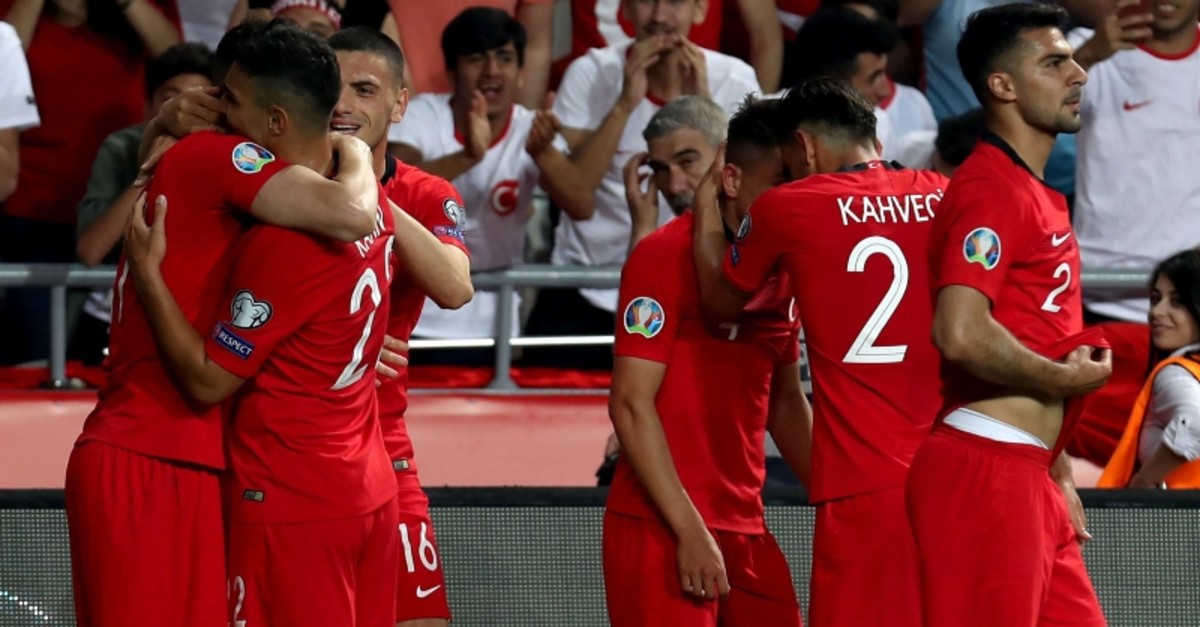 World champions France suffered their first setback in the qualifiers with the Turkish win.

France watched Kaan Ayhan open the scoring for Turkey after 30 minutes and Cengiz Ünder doubled the lead in the 40th minute for Şenol Güneş, who took over as Turkish head coach in February.

The Turkish national squad managed its first victory over France after losses in four previous matches to top Group H with a perfect nine points from three games, scoring 8 unanswered goals in total, while France trails behind with six points.

Iceland also moved to six points from three games in Group H with a 1-0 victory at home to Albania (three points) thanks to Johann Berg Gudmundsson's goal in the 22nd minute.

Turkey, in the first match, defeated Albania 2-0, then beat Moldova 4-0.

France coach Didier Deschamps was scathing about his side's performance.

"When you play like that on a collective level there's nothing positive to take from the game," he told broadcaster TF1. "We didn't play the way we should have against a team which played the way it likes to."

After right back Benjamin Pavard gave away a free kick on the left in the 30th minute, attacking midfielder Cengiz Ünder whipped the ball to the back post where it was headed back across goal for defender Kaan Ayhan to nod powerfully past goalkeeper Hugo Lloris.

The highly-rated 21-year-old Ünder, who has caught the eye several times with Roma in Italy's Serie A, put Turkey further ahead 10 minutes later with a fine finish.

France was badly at fault, though, as Barcelona center back Samuel Umtiti and Manchester United midfielder Paul Pogba both lost the ball in clumsy fashion and in quick succession.

Central midfielder Dorukhan Toköz picked it up and attacked the panicky, retreating defense. He fed a pass to Ünder breaking into the right side of the penalty area, and Ünder confidently smacked a low shot into the bottom left corner.

"We weren't present (and) that's what the highest level is all about, whether you're world champions or not," Deschamps said. "When you don't show the right intentions you can't hope for anything."