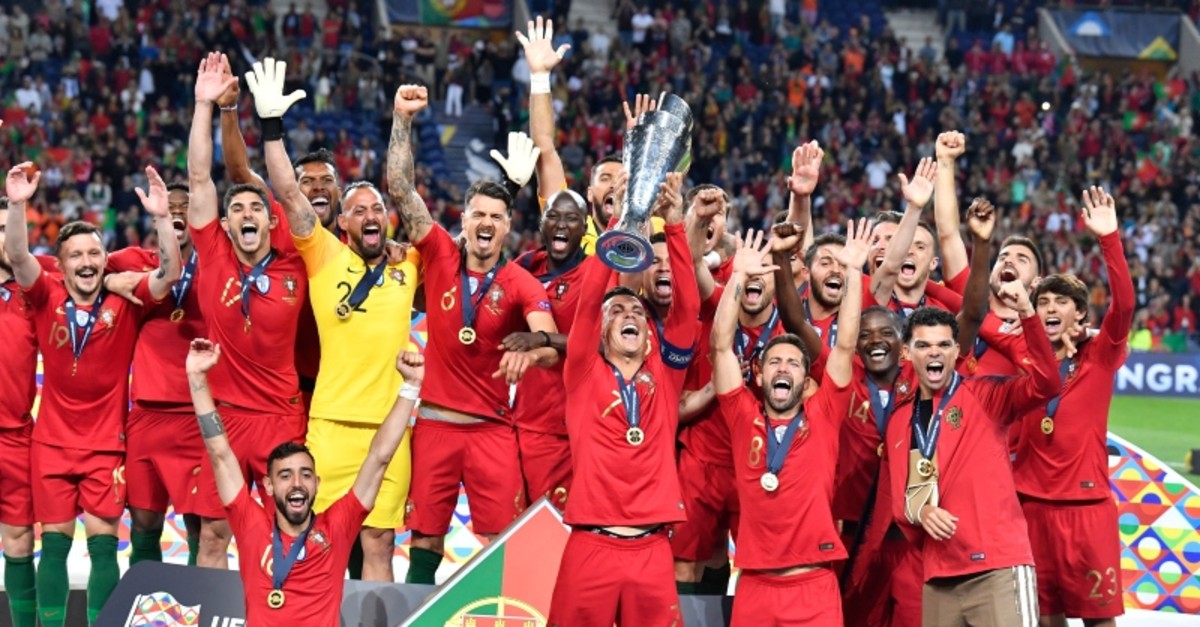 Portugal's Cristiano Ronaldo lifts up the trophy as he celebrates with players after winning the UEFA Nations League final match between Portugal and Netherlands at the Dragao stadium in Porto, Portugal, June 9, 2019. Portugal won 1-0. (AP Photo)
by Daily Sabah with DPA
Jun 09, 2019 11:34 pm

Portugal beats Netherlands 1-0 in the final to win the first edition of the UEFA Nations League.

The Netherlands were looking to add to their own single honor, the 1988 European championship, but struggled to create chances. A header from Memphis Depay sent straight at Rui Patricio at the end of the game was their best opportunity to level. The revamped Dutch team was seeking some redemption after failing to qualify for the 2018 World Cup and the 2016 European Championship.

Portugal is the reigning European champion after winning Euro 2016 in France.