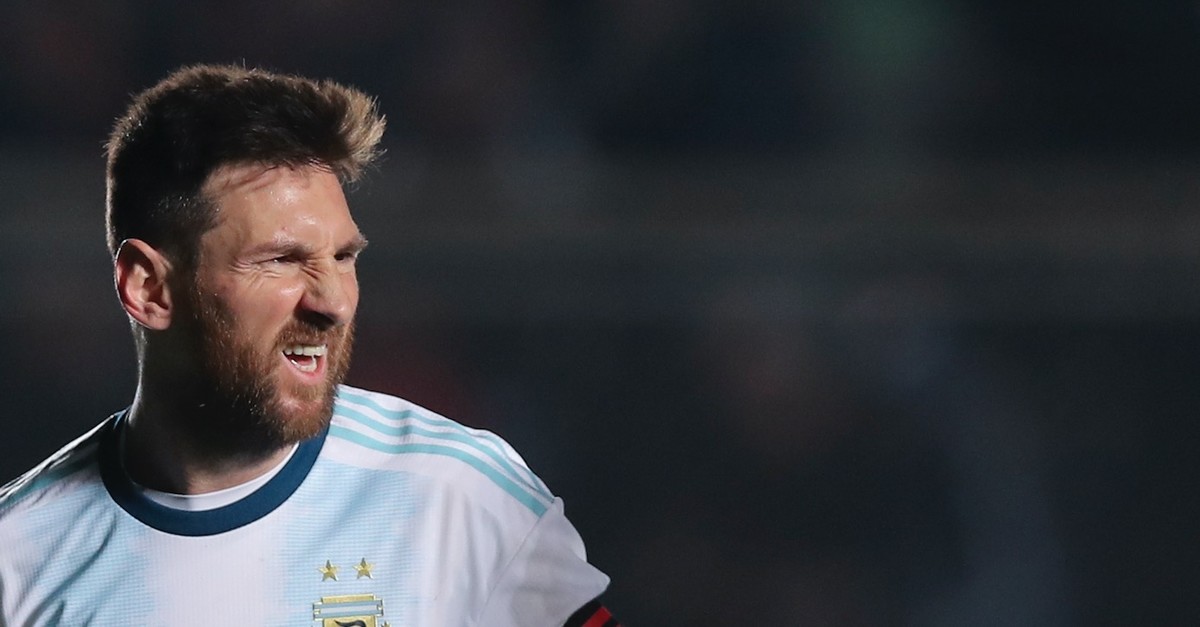 From Messi to Falcao, the best and most famous stars of international football, return home this week for the prestigious Copa America where South American national teams will clash for the prized trophy

South America, the top exporter of the world's best football talents, is bringing them home again for Copa America, an international tournament where the likes of Lionel Messi, Radamel Falcao and Luis Suarez will fight for their national teams for the top title.

Copa America kicks off today with a match between host Brazil and Bolivia. The 46th edition of the tournament that will run through July 7, hosts 12 teams, including guests Japan and Qatar. Organized by the South American Football Confederation (CONMEBOL), the event is being hosted by Brazil for the fifth time.

Chile is on the pitch to defend its top title after two consecutive wins in the last editions of the event. The teams compete in three groups and first two teams in each group and two best teams among third-spot teams will qualify for a final eight event. It has a different lineup than the last time it won the title, though. Only 11 players from the original lineup are picked by Colombian coach Reinaldo Rueda. Manchester City goalkeeper Claudio Bravo, suffering from a serious injury, will miss the tournament. Marcelo Diaz and Francisco Silva are also absent, along with Miiko Albornoz, Enzo Roco, Eugenio Mena, Matias Fernandez, Jorge Valdivia, Fabian Orellana, Mauricio Pinilla and Edson Puch.

The event will be a feast for fans of international stars of the football world including Lionel Messi, Philippe Coutinho and Luis Suarez of Barcelona, Sergio Agüero of Manchester City, Roberto Firmino of Liverpool, James Rodriguez of Bayern Münich, Radamel Falcao of Monaco, Edinson Cavani of Paris Saint-Germain and Alexis Sanchez of Manchester United.

All eyes are on Lionel Messi, a year after Argentina's World Cup disappointment in Russia, and a few weeks after an at-times frustrating season with Barcelona. A first win of the Copa America for Messi and a first for Argentina since 1993 would be balsam for the soul for the five-time Ballon d'Or winner, especially as the tournament is being hosted by rivals Brazil. "We have the same hope and desire as we always do, but the truth is that Argentina is going through a change," the 32-year-old national team captain said. For the majority in the squad, it is the first big tournament. Not for Messi, who made his World Cup debut in 2006 and did claim a gold medal with the Olympics team at the 2008 Games. It is unclear though whether or not the Copa America will be his last international tournament. At the 2022 World Cup in Qatar, Messi will celebrate his 35th birthday.

For Messi, much could depend on how the new start for the national squad develops in the Copa. Argentina's first opponents on Saturday are Colombia in Salvador Bahia, followed by Paraguay on Wednesday in Belo Horizonte. Asian champions Qatar, as tournament guests, are the final Group B opponents in Porto Alegre. Belo Horizonte was where Argentina was based for the 2014 World Cup, reaching the final where they were beaten in Rio de Janeiro by Germany. A year later, Messi and Argentina lost the Copa America final against Chile on penalties, a drama which was to be repeated against Chile the following year. Messi announced his retirement from international football after the defeat, a decision he later reversed. After last year's World Cup in Russia, when Russia went out to eventual champion France in the last 16, Messi kept his options open. Argentina coach Lionel Scaloni, who not only shares a common first name but also hails from Messi's home town of Rosario, now has to work out how to use Messi best in the team. The absence of injured Brazilian star Neymar through injury means that Messi, in his quest for a first senior title with Argentina, will be in even greater focus ahead of the tournament opener. "The Copa America of Brazil is already the Copa Messi," wrote the Argentinian newspaper La Clarin.

Six players from Turkey will also compete in Copa America including Gary Medel of Beşiktaş, Junior Fernandes of Aytemiz Alanyaspor and Mauricio Isla of Fenerbahçe who will cap for Chile. Fernando Muslera of Galatasaray will fight for Uruguay. Other players to compete are Paolo Hurtado, the Peruvian international of Atiker Konyaspor and Arturo Mina, the Ecuadoran international of Evkur Yeni Malatyaspor.