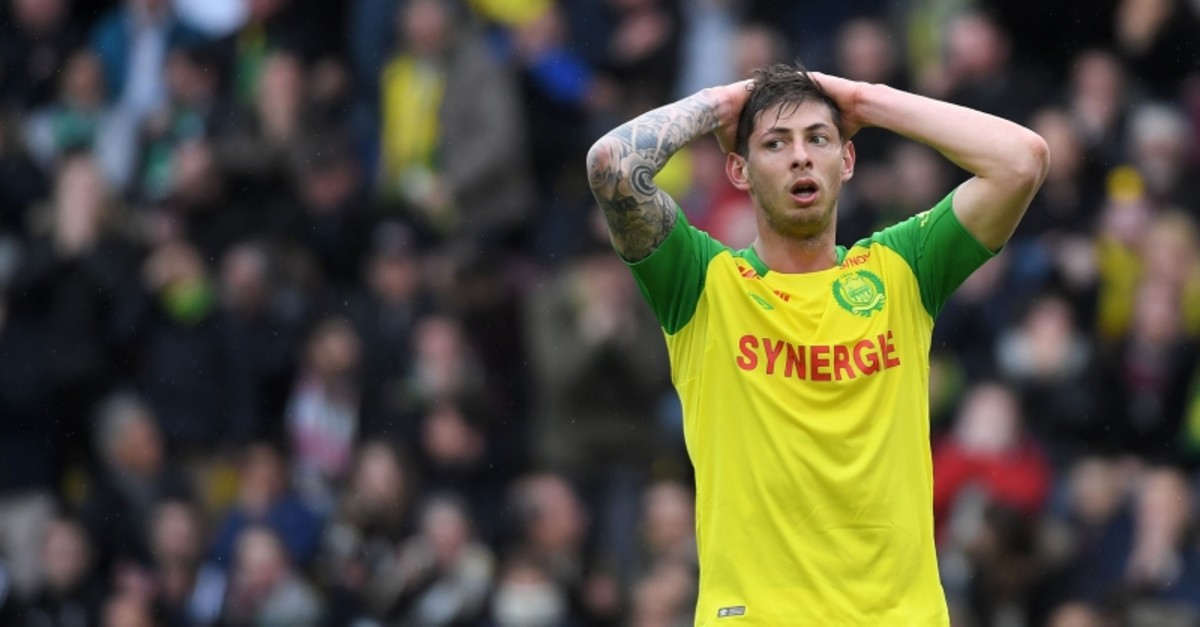 An man has been arrested on suspicion of manslaughter in connection with the plane crash death of Argentine football player Emiliano Sala, U.K. police said Wednesday.

The forward, 28, died when a plane carrying him and pilot David Ibbotson came down in the Channel on Jan. 21, just days after he had joined Cardiff City from Nantes.

"We have today ... arrested a 64-year-old man from the North Yorkshire area on suspicion of manslaughter by an unlawful act," said Detective Inspector Simon Huxter, of Dorset Police in a statement.

"He is assisting with our enquiries and has been released from custody under investigation."

Huxter urged media and members of the public to not speculate over the identity of the arrested individual to avoid prejudicing the investigation.

Sala had been Cardiff's record signing after a fee of 15 million pounds ($19 million) was agreed with Nantes during the January transfer window.

After traveling to Cardiff to complete the deal, Sala returned to northern France to collect belongings and bid farewell to his teammates.

It was on his return to the Welsh capital to take part in his first training session that the tragedy occurred.

Initial search operations for the player and pilot were suspended in the days after the plane went missing.

However, a crowdfunding effort supported by thousands of donations, including from football stars such as Lionel Messi and Kylian Mbappe, helped launch a private search.

That specialized search saw Sala's body recovered from the wreckage in February but Ibbotson's body has not been found.

Two months after Sala's body was discovered, his father Horacio Sala died of a heart attack in Argentina.

Moving tributes were paid to Sala from across the football world with Nantes retiring the number nine jersey he wore for the Ligue 1 side.

However, the two clubs have been involved in a legal wrangle over the transfer fee.

Nantes reported Cardiff to FIFA after the first instalment of the fee, believed to be £5 million, was not paid on time.

Cardiff previously stated they were "shocked" at reports that Ibbotson did not have a license to fly at night.

"The club remains deeply concerned that the pilot, and those who arranged the flight, seemingly completely disregarded the rules of flying and put Mr Sala's life in such danger," Cardiff said in a statement in March.

"We believe those who are responsible should be held fully accountable for their actions."

In the aftermath of the tragedy, Cardiff were relegated from the Premier League after just one season back in the top flight.