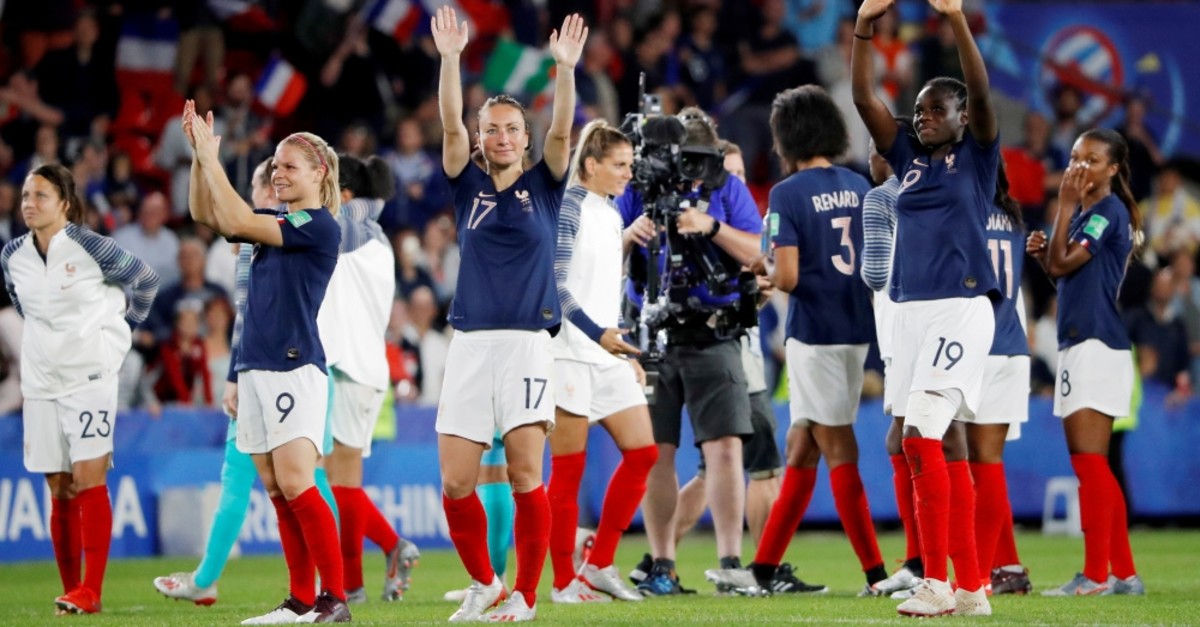 The Women's World Cup draws close to quarterfinals with the round of 16 over the weekend and next week, while controversy over Video Assistant Referee decisions remain in the spotlight

The real competition is only just beginning as the Women's World Cup heads into the knockout phase with hosts France and holders the U.S., the two favorites, on a collision course to meet in the quarterfinals.

Progress through the group phase has been largely serene for both sides, although a knock to star striker Alex Morgan has given the United States some cause for concern before their last-16 tie against Spain on Monday.

There have been plenty of positives to take from the two weeks of competition so far, but there has also been controversy stemming from the use of Video Assistant Referees (VAR). The VAR again came to the fore in the U.S.' 2-0 win over Sweden on Thursday, with Jonna Andersson's second-half own goal in Le Havre somehow standing despite substitute Carli Lloyd appearing to interfere with the play from an offside position in the build-up.

VAR is clearly struggling to deal with the new definition of handball, but the biggest controversies have come from retaken penalties, in Nigeria's defeat against France and then for Argentina to eliminate Scotland. If the use of VAR at the 2018 World Cup in Russia was ultimately deemed a success, recent modifications to the laws of the game are causing problems. Scotland and Nigeria were undone by a change to the law on penalty kicks, meaning a goalkeeper must now have "at least part of one foot on... the goal line when the kick is taken."

The VAR found that Scotland goalkeeper Lee Alexander, like Nigeria's Chiamaka Nnadozie, had strayed fractionally in front of the line, and penalties either missed or saved were retaken and converted.

Critics might suggest FIFA is using the Women's World Cup as a laboratory to see how VAR copes with the law changes, although the fact hardly any of the officials on the field had prior experience with working with video assistants has not helped.

Heading into the knockout rounds, the fear has to be that chaos could ensue if any tie heads to a penalty shoot-out.

The controversy has drawn attention away from the on-pitch successes, with all the favorites advancing untroubled.

In the absence of Norway's Ballon d'Or winning star Ada Hegerberg, other players have stepped up. Brazil's Marta became the World Cup's all-time leading scorer with 17 goals, while Morgan grabbed five in her country's 13-0 demolition of Thailand, the biggest ever victory at the tournament.

The gulf between the established nations and the developing countries was laid bare in that game, and one thing Thailand has certainly lacked is a top-class goalkeeper.

However, there has been plenty of evidence to show that women's goalkeeping is improving considerably, and Chile's Christiane Endler carried a torch for the smaller nations with her world-class display in her country's 3-0 loss against the U.S. "We don't even have a professional league in Chile," pointed out Endler. "Without doubt, qualifying for the World Cup has been a big step forward for us, but it must just be the start. We need to open the doors to little girls in Chile."

Fans are watching around the world, with record audiences tuning in to coverage of games in Italy and in the United Kingdom. In France, almost 11 million viewers watched the hosts' opening game against South Korea.

There is a fervor around the host nation's matches, which have attracted sell-out crowds. Often, though, attendances have been disappointing. Most matches have not sold out.

Nevertheless, organizers are happy ahead of Saturday's first game in the round of 16, between Germany and Nigeria.

"Before criticizing some of the attendances we need to first of all be happy that so many people are turning up," Erwan Le Prevost, head of the local organizing committee, told Agence France-Presse (AFP).