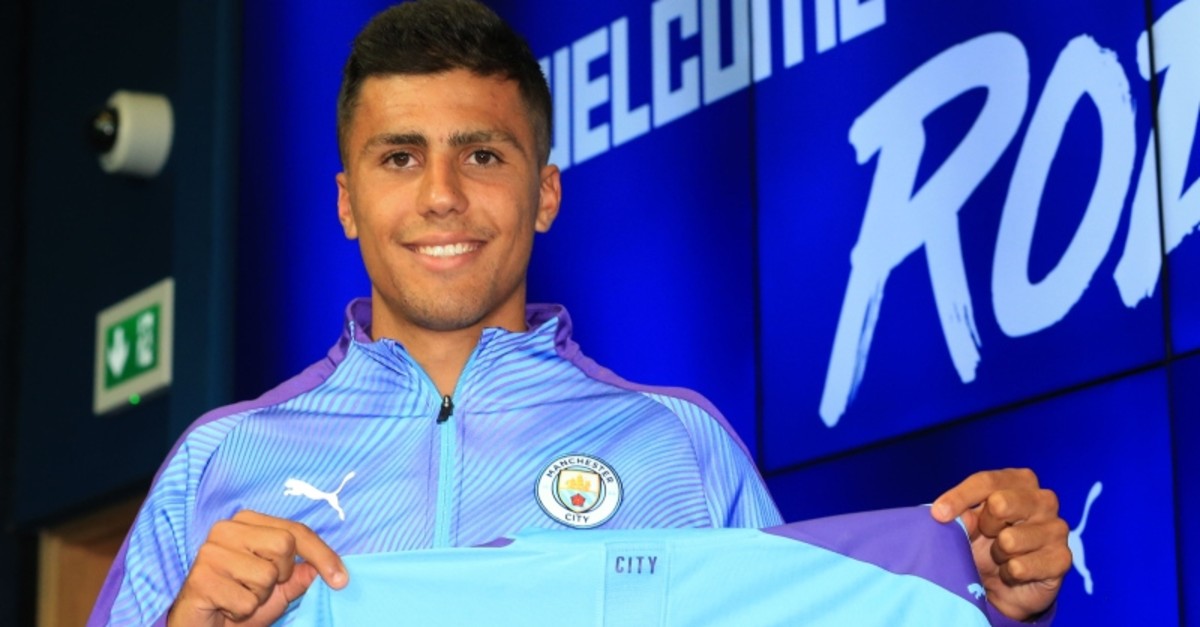 Manchester City's new signing Rodri displays his shirt during a press conference at the Etihad stadium in Manchester, northwest England on July 4, 2019.
by Compiled from Wire Services Jul 05, 2019 12:07 am

The 38-year-old, who currently plays for Qatar SC, has multiple player of the year awards and is considered one of the best strikers in the world. After stints in Serie A, Premier League and La Liga, he moved to Antalyaspor of the Süper Lig in 2015 and joined Konyaspor last year before joining the Qatari outfit.

In the Premier League, champions Manchester City smashed its transfer record with the signing of Spanish international midfielder Rodri on a five-year deal from Atletico Madrid.

Rodri to Manchester City, Lampard back to Chelsea

Rodri follows Angelino, the Spanish left back who joined from PSV Eindhoven, as manager Pep Guardiola's second signing of the summer.

"Rodri has proven himself to be a hugely talented, young midfielder, who has all the attributes we are looking for," City's director of football Txiki Begiristain told the City website.

"He works hard defensively, makes himself available to receive the ball and uses it well when in possession. He is a perfect fit for Pep Guardiola's team and we are confident he will be a success."

"What City have achieved in the last two years has been amazing and I'm looking forward to being part of such a talented squad," said Rodri, who has been compared to Barcelona's Spain midfielder Sergio Busquets.

"It's not just the titles they have won, but the way they have managed it, playing attacking football at all times. It's a style that excites me, as do the Club's ambitions."

City said the defensive midfielder, seen as a long-term successor to 34-year-old Brazilian Fernandinho, would play in the number 16 shirt. The squad number was used by Argentine forward Sergio Aguero, who also joined from Atletico Madrid, from 2011 to 2015 and has been vacant since.

The Spanish forward has signed a four-year contract at the King Power Stadium to become Brendan Rodgers' second summer capture. Rodgers had been looking for a versatile forward and the Foxes reportedly triggered Perez's release clause. "I'm very happy and very pleased. I'm very proud to be part of the Leicester family and I can't wait to get started," Perez told LCFC TV. "The club wants to keep growing as much as it can and that's something I like. I spoke with the manager and that was important. That made me feel very comfortable with the decision to come here."

Perez scored 48 goals in 195 games for the Magpies after joining from Tenerife in 2014.

Elsewhere, Frank Lampard has returned to Chelsea as the club's 12th manager in 16 years under Roman Abramovich's ownership. The former Chelsea midfielder has left second-tier club Derby, where he came close to securing promotion to the Premier League in his first season in management. Lampard, who is Chelsea's record scorer with 211 goals and one of its all-time greats, replaces Maurizio Sarri.

The Italian lasted only one tumultuous year at Chelsea before returning to his homeland to coach Juventus. Sarri secured not only a third-place finish in the Premier League but also ended his reign by winning the Europa League in May. Chelsea announced the arrival of Lampard yesterday. The 41-year-old has signed a three-year deal with the London club. 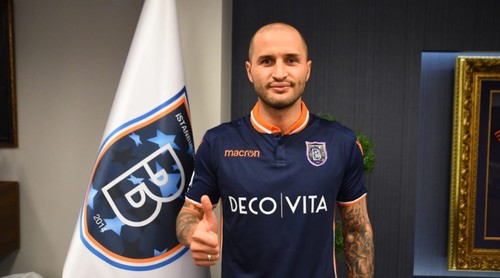 Back in Süper Lig, Fenerbahçe shortlisted Russian left-winger Fyodor Kudryashov, Demirören News Agency (DHA) reported. The 32-year-old left back and center back was a free agent who was on a six-month stint with Başakşehir last season.

The club shortlisted him for his familiarity with Süper Lig and versatile gameplay both at left back and center back. Fenerbahçe has been looking for a central figure on defense after the departure of Martin Skrtel and Roman Neustadter.